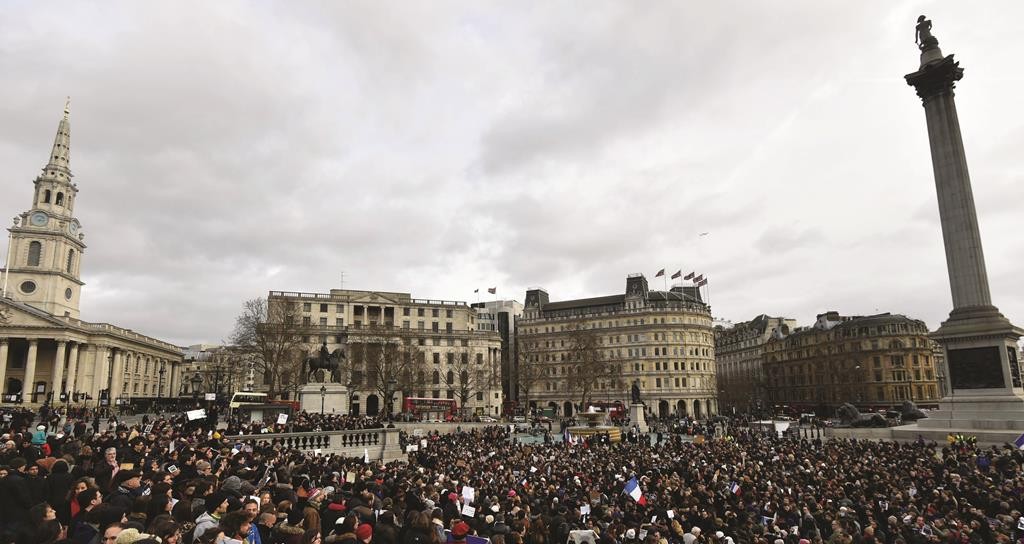 In the wake of the attacks in Paris, Jewish institutions across Europe have increased their levels of security. In France, the government has announced that it deployed between 5,000 and 10,000 police and military personnel around key sites, of which about half are Jewish schools, shuls and other religious centers, including mosques. Ironically, these include the Grand Mosque in Paris, which served as a refuge for Algerian and European Jews during the Nazi occupation of France in World War II.

Jewish schoolchildren going to school in France are now greeted by armed soldiers in uniform, some of whom are sleeping in the schools at night as well. There are soldiers and policemen in evidence on the streets in Jewish areas.

Unconfirmed reports suggest that Amedy Coulibaly was on his way to attack a Jewish school on Thursday when he was held up by a traffic accident. Unsurprisingly, the French government is taking no chances now.

In neighboring Belgium, Hamodia spoke to Mr. Pinchos Kornfeld, chairman of the Machzikei Hadass kehillah, who said that the community has been told that security has been increased, although at the moment it is not yet visible.

Mayor of Antwerp Mr. Bart De Wever has promised to bring in the army to help provide security for local mosdos, to supplement the police. This was initially not a popular move, for both financial reasons and because the local population felt uncomfortable having armed soldiers on the streets. However, following the Paris attacks as well as terrorist incidents in Belgium, it seems likely that the proposal will be passed in the very near future and the army will be brought in.

Security in the UK at this moment is at the second highest level — severe — meaning an attack is highly likely. The highest level — critical — means that an attack is expected imminently, chas v’shalom. The CST (Community Security Trust), which works with police and government, has increased security cover at Jewish locations throughout the country. Over the last few years, CST has invested over £5million on security infrastructure at hundreds of communal buildings and has trained thousands of dedicated volunteers who are a welcome and familiar sight at many large communal events across the kehillah.

The police have been extremely supportive of these efforts, as has the government, in particular through the funding of security guards at Jewish schools (begun under Labour and seamlessly continued by the Coalition).

On Shabbos it was noticeable in Jewish areas that there were extra police patrols on the streets, as well as more CST volunteers. Shomrim in Stamford Hill laid on extra patrols and Shomrim NW had their new patrol car out, driven by a non-Jewish volunteer.

Jewish schools tightened their security at school drop-off and pick-up times, with fewer entrances open and children only allowed out a few at a time.