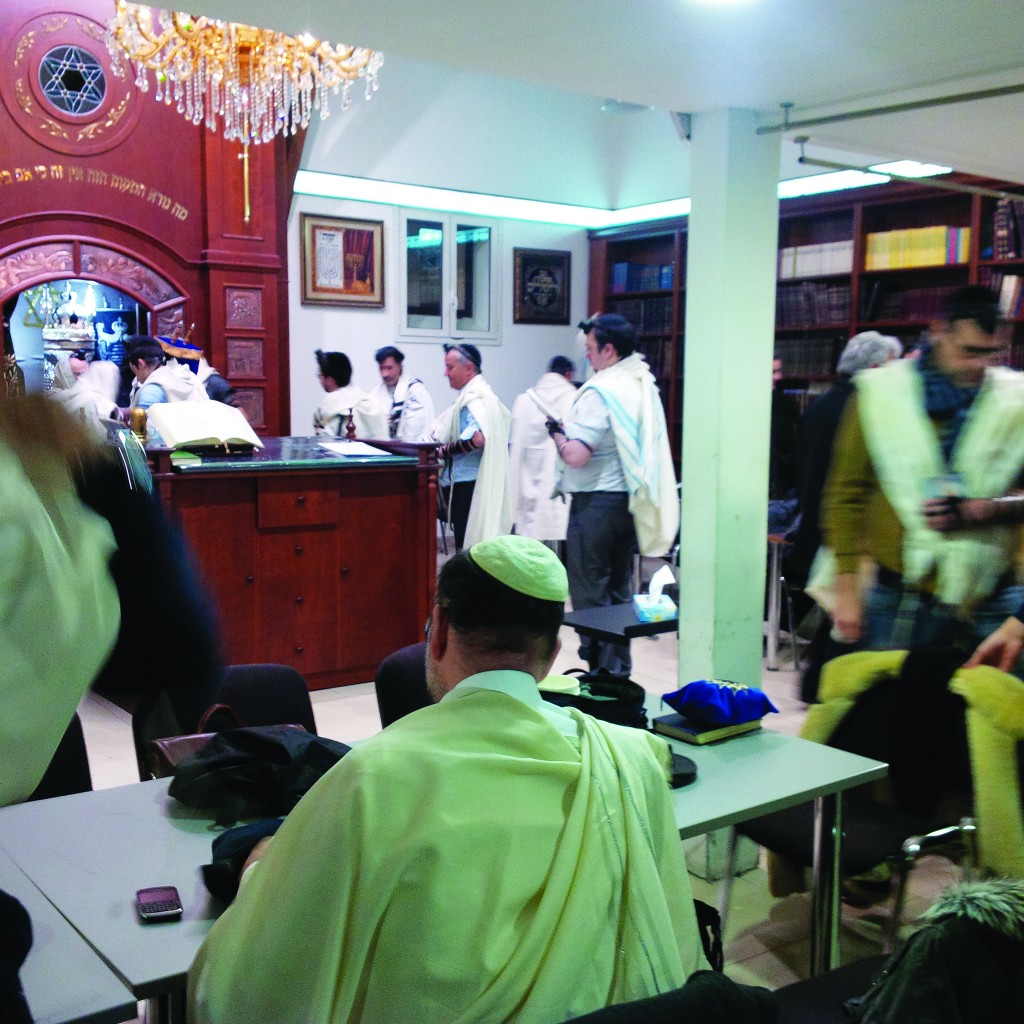 The following is an exclusive interview conducted by Hamodia’s special correspondent, dispatched from our London bureau office to Paris, with Rabbi Dovid Levy. Rabbi Levy’s shul, Kehillas Makom Torah, is a two- or three-minute walk from Hyper Cacher grocery, where the horrific attack occurred last Friday.

As yours is the closest shul to the scene of the terrorist attack, what can you say about the feelings of the kehillah  after the recent events?

Hyper Cacher is our local supermarket. It is the only nearby place to buy kosher food and so it’s really the shul’s store. Everybody uses it and any one of us could have been there, especially on Friday when people go to get their last-minute groceries for Shabbos. We have all heard of terrorist attacks occurring, but we have never felt it so close to home.

In a certain sense, every single one of us could recite birkas hagomel [the brachah for one saved from a dangerous situation].

We heard that the wife and baby of a shul member were in the store. Can you tell us a little of what you heard about how they were saved?

The only thing to say is that what happened was a real nes [miracle]. She was one of the people who was hiding in the refrigerator. It is not only amazing that the terrorist did not know they were there, but the baby is only a month old! Had he cried, the killer could have found them all. Every minute of the ordeal was a Gehinnom for those who were there, but baruch Hashem the outcome was not, chas v’shalom, worse than it was.

Were tefillos held in the shul Friday night while the standoff was still in progress?

The police asked us to close the shul Friday night because they were afraid that the terrorist had an accomplice on the loose who could come to his aid. We made a minyan in my apartment. My building is mostly Jewish.

In the middle of davening, we heard the sound of shooting and understood that the police had gone into the store. However, we did not really find out what happened until after Shabbos.

Shabbos morning, we were able to open the shul and everybody came.

Please tell us a little about the shul.

We are a fully functioning kehillah with tefillos, many shiurim and a night kollel. One of the workers from Hyper Cacher actually learns here regularly. Every Tuesday, there is a class for 150 to 180 ladies from the community. We have many children in the shul and an Avos Ubanim program. Really, the name says it all: it’s a real makom Torah.

What is the Jewish community planning to do as a reaction to the tragedy and in honor of the niftarim, Hy”d?

We made a decision, b’ezras Hashem, to hold a mass gathering on the coming Motzoei Shabbos for both inspiration and to eulogize the Kedoshei Elyon who were killed. We mustn’t forget that the four people died while they were shopping for Shabbos — they were literally murdered while performing the mitzvah of kavod Shabbos, in addition to the fact that they were killed for being Jewish.

Harav Chaim Kanievsky, shlita, said that while Hashem decided this past Rosh Hashanah that the victims should not live out the year, they were given a special merit to die al Kiddush Hashem and while performing a mitzvah. They are each truly Kedoshei Elyon!

In terms of memorializing them, everybody in France is coming to light candles and put flowers at the site, but that is not a Jewish thing. We must look for what daas Torah tells us to do. People themselves are waiting to be told what they can do. Motzoei Shabbos, we are hoping that all the major Rabbanim of the city will attend and that we will be able to give people the Torah’s answer to what we can do.

Does your kehillah, given its closeness to the event, plan on taking on anything specific as a zechus?

Rav Chaim said that we should strengthen ourselves in Torah and tefillah. I hope that people in the shul will find more time in their lives for learning. The power of studying Torah is such that it can change the whole essence of people and a community in all sorts of ways.

What security did the government provide to the community until now, and what has been added?

In the past there were only guards at shuls on Shabbos morning. While it is not that way in our kehillah, many people go to shul only then. There was nothing during the week.

Since last Friday there has been a police presence here around the clock. Also, in the past, guards were armed like regular policemen and mostly stayed in their cars. Now, they are out on the street with big machine guns. It makes their presence felt much more.

Does the Jewish community have its own private security?

Every shul does have its own security. There are a lot of young men who are trained and dedicated to protecting the community. They do it l’shem Shamayim; it’s not very official.

Are Rabbanim encouraging people to stay in France or to emigrate?

It depends which Rabbanim. The official Rabbanim of the French government are quicker to encourage aliyah, but the Rabbanim in the chareidi sector are very hesitant. Most Jews in France are not prepared spiritually to deal with life in Israel and we are scared for their ruchniyus. If someone is growing all around and he wants to make aliyah, that’s a different story. But our experience has shown that most people who went just because they were scared to stay here ended up losing their connection to Yiddishkeit and becoming totally secularized.

Are many people planning to leave the country?

There was a time when most Jews saw their future as here in France. They went to Israel as tourists or maybe considered retirement there, but they were planted here. Now many young people are moving, even if they do not have jobs or specific prospects there. People are convinced that in Israel they will find solutions to the problems they are facing in France.

Is there a message you would like to deliver to Klal Yisrael?

People should see that the terrorist is only a stick, but it is Hashem Who is holding that stick. If we only look at the event itself, it loses all of its real meaning to us.

Hashem is giving us a message. We must strengthen ourselves with more and more Torah. Our hopes are not with any government or security measures; these are merely our obligatory hishtadlus. The key is for people to bring themselves closer and closer to Torah and mitzvos; they are our security and the only things that will keep us truly safe.

This article was written with the assistance of Raphael Hoffman.