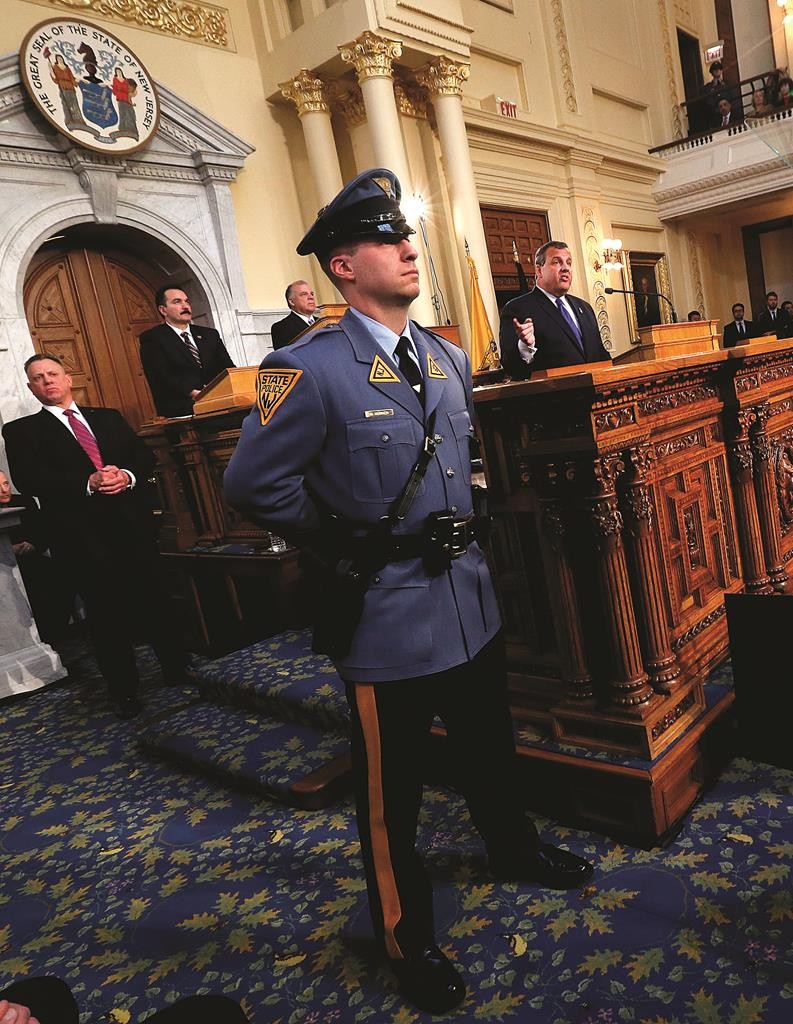 As he eyes a presidential run, Chris Christie delivered a State of the State speech Tuesday aimed at defining his record as New Jersey governor for a national audience, but he offered mostly incremental new plans for the state.

Many of the accomplishments Christie cited go back to his first years in an office he has held since 2010, including capping local property tax growth and cutting government spending.

During the speech at New Jersey’s Statehouse, Christie spoke to those well past the state’s borders when noting lessons he learned while campaigning for Republican gubernatorial candidates around the country last year.

“We are a nation beset by anxiety,” he said. “It is understandable. Economic growth is low by post-war recovery standards. America’s leadership in the world is called into question because of a pattern of indecision and inconsistency.”

Christie’s speech comes as he’s taken steps that suggest he’s inching closer to a run. He had said he planned to discuss his future with his family and make a decision by the end of this month.

But pressure began mounting following an announcement by former Florida Gov. Jeb Bush that he would be launching a fundraising operation. Former GOP nominee Mitt Romney has also been telling supporters he is seriously considering running again.

He’s promised for months to announce his proposals to further reduce pension and benefits obligations to state workers. And the state’s Transportation Trust Fund, which pays for bridge and road repairs, is on the verge of bankruptcy.

One line drew big applause from the Republicans in the state Assembly chambers but not from Democrats. “I will be standing here” next year, he said.

Christie did call on lawmakers to lower taxes, saying that New Jersey’s high rates are the main reason Mercedes-Benz announced this month it was moving its U.S. headquarters to Atlanta despite incentives offered by New Jersey.

“It is you, and only you, the state Le        gislature, who can lower taxes further and make New Jersey more prosperous for our middle class families and their children,” Christie said.

In a sign of the interest in his remarks, the Democratic National Committee released a video Tuesday morning highlighting New Jersey’s fiscal problems, including recent credit downgrades, and accusing Christie of putting himself ahead of the state.