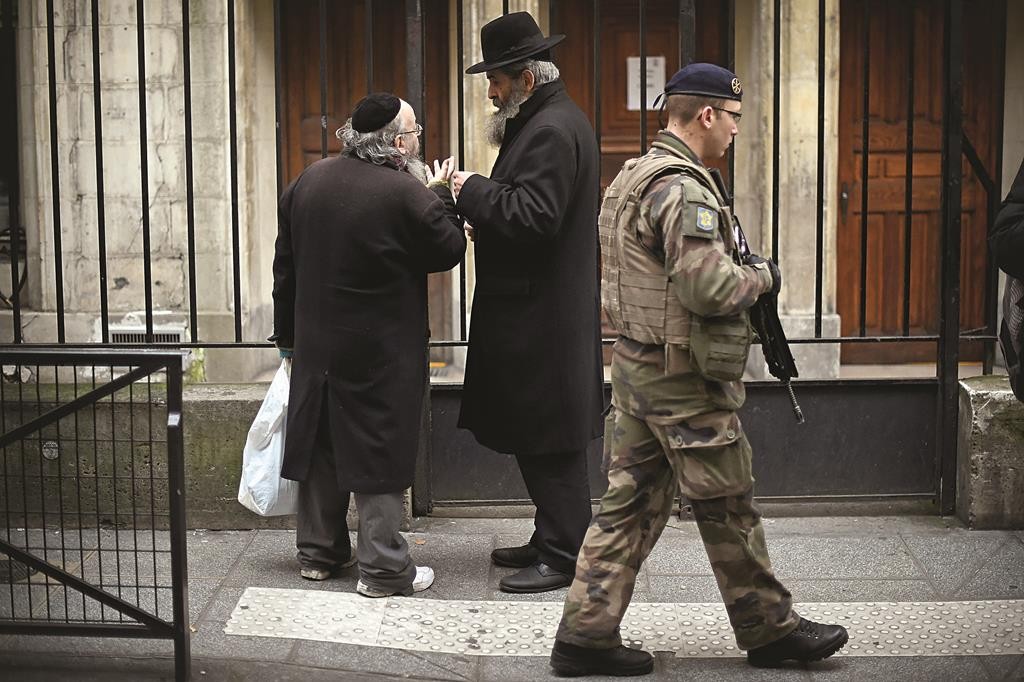 The killing of four French Jews at a kosher market in last week’s terror attacks by Islamic terrorists in Paris has deepened the fears among European Jewish communities shaken by rising anti-Semitism and feeling vulnerable due to poor security and a large number of potential soft targets.

In the wake of the attacks, which follow deadly strikes on a Belgian Jewish Museum and a Jewish school in southwestern France, some Israeli leaders have called on European Jews to immigrate to the Jewish state. But European Jews are deeply ambivalent about leaving, and their community leaders, along with top politicians, have urged people to stay where they are.

“The European Jewry is the oldest European minority and we have our experience of surviving under all possible circumstances,” Moshe Kantor, president of the European Jewish Congress, told The Associated Press. “We will not stop the history of European Jewry, that is for sure.”

Kantor called for increased security at Jewish sites, concerted action against anti-Semitism across the continent, and better coordination of intelligence forces against religious extremism. But he acknowledged that if any Jewish European does not feel safe, “I say you should leave in this case.”

Many French Jews already are. Last year, 7,000 emigrated to Israel as anti-Semitism spiked across France, fed by tensions with the country’s large Arab population after Israel’s Operation Defensive Shield in the Gaza Strip. That was double the previous year, making France, for the first time, the No. 1 source of immigration to Israel, according to the Jewish Agency.

In an interview with Israel’s Channel 10, Johan Dume, one of the hostages who hid inside a freezer at the kosher market for five hours during the hostage-taking, said he would now move his family of four children to Israel.

“We are not going to wait around here to die,” he said.

Experts say European Jews have not felt this threatened since World War II. Researchers at Tel Aviv University monitoring anti-Semitism have reported a chilling increase in attacks in Europe over the past decade, including deadly shootings in Toulouse, France, in 2012, and Brussels last year. In recent years, France has had the highest number of incidents of any single country.

Heightened security measures, visible and non-visible, were swiftly enacted at Jewish places of worship, study and business across Europe over the weekend. Security officials and Jewish leaders in Italy, Britain, Poland, the Netherlands, Germany, and Austria confirmed increased surveillance of vulnerable sites, without providing details.