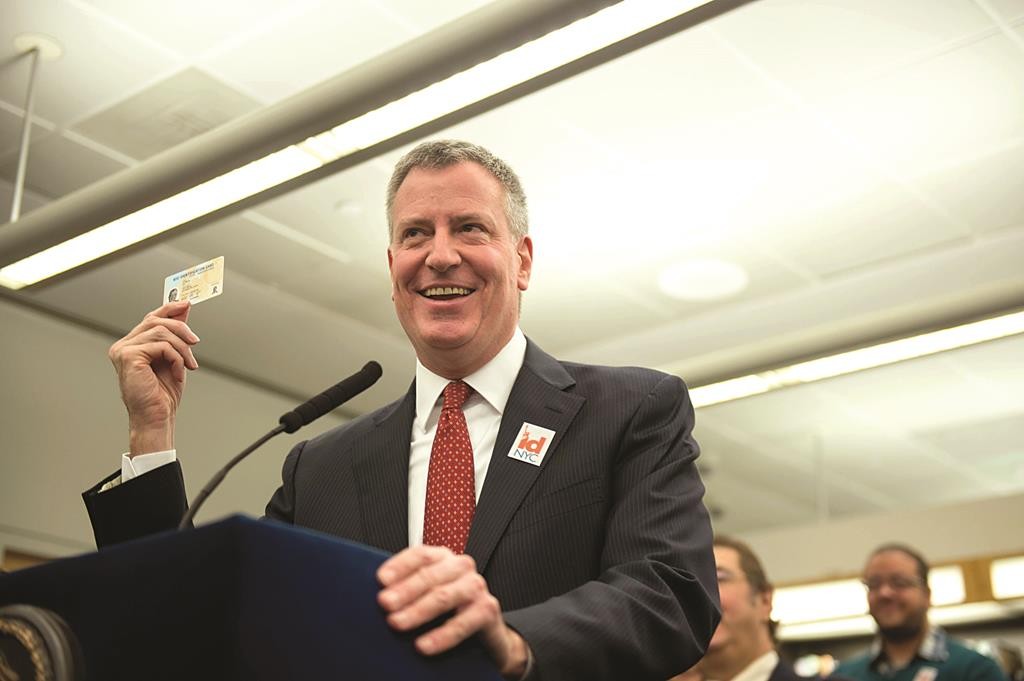 New York City launched its municipal ID card program, the largest in the country, which will allow the homeless and an estimated 500,000 illegal immigrants to access city services.

“It is the key to opening a bank account or getting a library card, and the ticket to many of our city’s finest cultural institutions,” said the mayor. “More than that, this card represents who we are: New Yorkers who value equality, opportunity and diversity.”

“This is a day that we have been waiting for; it speaks to folding everyone into the fabric that is this city,” Mark-Viverito said as she stood next to the mayor at a Queens news conference. “It’s more than an ID card, it’s an affirmation — you are a New Yorker.”

The card is free, and all New Yorkers age 14 and older are eligible, as long as they can prove their identity and city residency. Applicants without a home address may provide a letter from a city agency, nonprofit, religious institution, hospital or health clinic where their mail is received.

Bernardo Garcia, 40, said he had waited in line for more than an hour Monday at a Bronx library to apply for his municipal ID.

“Thank you for the opportunity!” said Garcia, a native of Colombia who has lived in New York about 15 years. “Everybody needs ID. This is New York: a great city. A great opportunity.”

To prevent attaching a stigma to the card, cardholders will be eligible for free memberships at many of the city’s signature cultural institutions as well as other discounts.