Technology Coming to a Car Near You: Auto Technology at CES
Health, Science & Technology 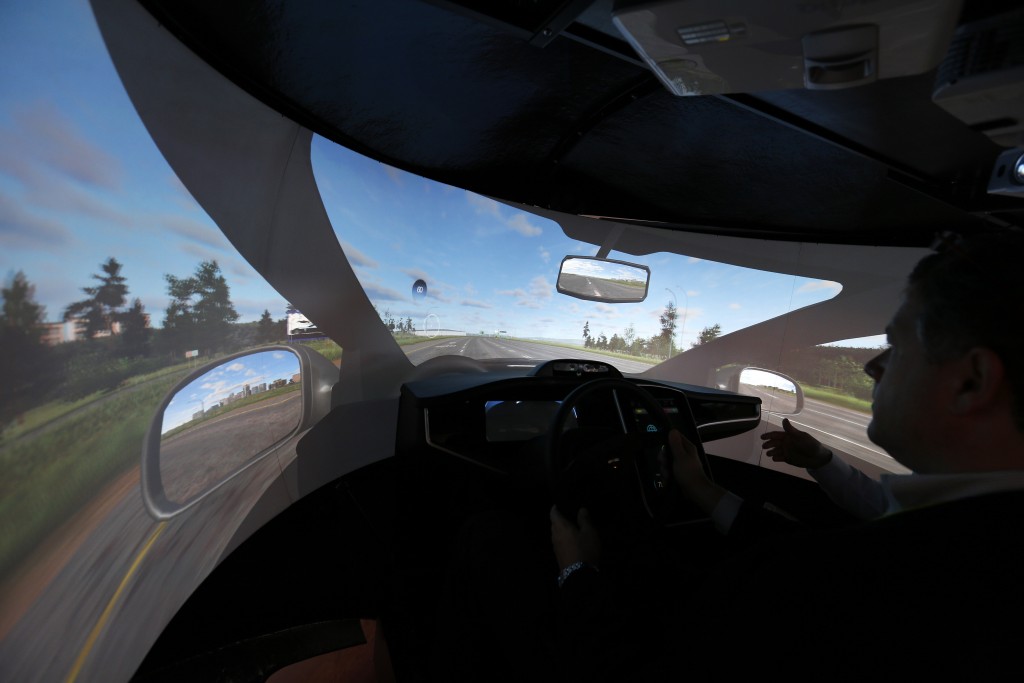 Self-driving cars garner much of the attention, but in reality, we’re years away from tooling around in something out of science fiction. Coming sooner to a car near you: smartphone apps on dash displays, cruise control that adapts to cars around it, remote engine starting and more.

At the International Consumer Electronics Show in Las Vegas last week, 10 automakers and numerous suppliers unveiled technological features that will find their way into cars in the distant and not-so-distant future. Here’s a look at some of their wares.

Your car will think. It will react. It will learn.

“This car will take responsibility,” said Dieter Zetsche, leader of Mercedes-Benz, as he introduced the company’s luxury self-driving concept car of the future.

If that sounds a bit scary, like the prologue to a tale in which machines overtake mankind, companies supplying the brains and eyes for these robocars say it’s for our own good. Cars already do some of these things, really. Anti-lock-brake systems, cruise control and parallel-parking assistance are steps toward taking our hands completely off the wheel.

There are 1.2 million traffic-related deaths globally each year, according to the World Health Organization; 32,719 of them were in the U.S. in 2013. As automakers point out, your self-driving car won’t get drunk, tired or distracted. And they could return something many other gadgets have taken away: time.

First, “the car has to become self-aware. It has to be able to see and understand what’s happening around it,” said Jen-Hsun Huang, co-founder and CEO of Nvidia, which introduced a super-fast processor at the show and has been working with Audi to develop piloted systems and in-car digital displays.

Audi touted a road trip that its A7 piloted prototype – piloted because there still needs to be a driver behind the wheel to assure nothing goes awry – took from Silicon Valley to Las Vegas for the show, without incident, “driven” by chosen journalists sitting behind the wheel.

“We are ready for piloted driving on public streets,” said Ulrich Hackenberg, of Audi’s board of management.

But laws that would allow such autonomy aren’t quite ready, nor are answers to questions such as: Can someone sue a driverless car if it’s in a crash? If it can’t avoid a crash, how will it decide what or whom to crash into? Can a car be hacked, and if so, how can it be protected?

Carmakers and suppliers admit there’s still quite a bit they and their cars are learning. Mercedes-Benz says their ultimate vision of the future – a sleek carriage that will ferry us to our destinations – exists beyond 2030, at least.

For now, though, your car might be able to know:

Ask Chevrolet’s OnStar system for directions to the nearest Dunkin Donuts, and you might receive a coupon. The carmaker has partnered with the donut chain, Priceline.com and the Speedway brand of gas stations for opt-in promotions.

The service can mine data in the car to offer advice on systems that might be close to failing, like a near-dead battery or a fuel-system malfunction. Pass along your real-time driving habits to your insurer, and you might earn rewards for good driving.

– What’s on your smartphone:

Being able to plug one’s smartphone into a dash display seems obvious with so many plug-and-play options elsewhere, but it hasn’t been easy in cars until now. Apple’s Car Play – and eventually, Android’s version – will let a driver plug in their devices and view their songs, apps and maps on the in-car display.

“People are responding to texts on their own inside the car. They’re playing their music, they’re playing their Pandora,” he said. Now, rather than fumble with a device, often taking their eyes off the road, the information they’re looking for will be within their line of sight on the dash display. Carmakers from Hyundai (Apple Car Play will be available in 2015 models of the Sonata, and more widely available in 2016) to Audi (it’ll be available in the Q7) all talked about phone integration.

– How to talk to your smartphone, or smartwatch:

Hyundai’s Blue Link system now includes a smartphone app that lets car owners start the car remotely, lock or unlock it, find their car within a mile using GPS tracking (such as in a big parking lot), send a destination to the car’s navigation system and send alerts. Have a teenage driver in the house who’s borrowing the car? Your car, via your phone, will tell you if the car was started after curfew or if it was traveling above a certain speed limit.

– What’s happening around it:

That red light? That slow car up ahead? Adaptive cruise control available in cars soon will be so advanced that the machines will sense when a car ahead is slowing down and safely change lanes to zoom around (on the driver’s signal.) If a car up ahead stops or there’s a red light, the car will come to a halt. Inside a Volkswagen Golf being tested by Valeo and IAV, who are developing automated software and hardware for cars, self-driving mode brought the car slowly to a stop behind a school bus on a Las Vegas street, the driver’s hands off the wheel and feet off the pedals.