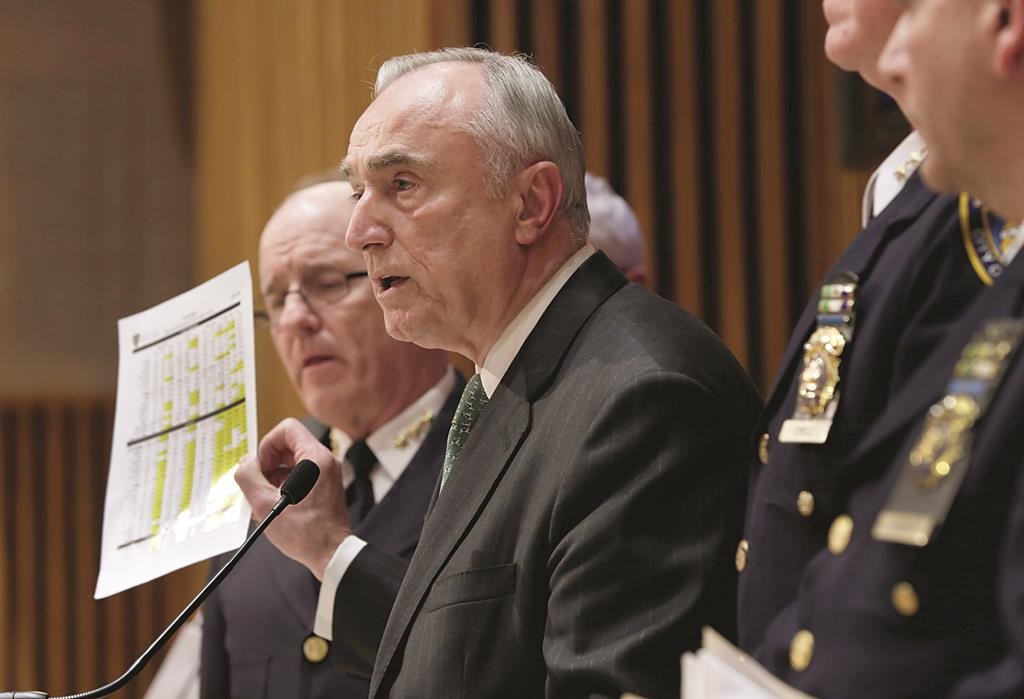 There are signs that disgruntled New York City police officers have started making more low-level arrests, Commissioner William Bratton said Monday. But he denied a report that officers were threatened with the loss of vacation or sick days if the work slowdown continues.

The 4,690 arrests made last week across the city were still down significantly — 37 percent compared with the same period last year, Bratton said. But it was an improvement compared with the 2,401 arrests in the week ending Jan. 4, which had represented about a 60 percent drop.

“With each passing day, with each passing week, those numbers are going back up to what we would describe as normal. … The cops are beginning to do what’s expected of them,” Bratton said.

NYPD statistics show arrests were up in the past week after plummeting to as low as zero in the weeks following the fatal ambush of two patrolmen in December.

Ticketing for traffic and parking violations also increased after virtually coming to a halt. That cost the city about $10 million is revenue per week.

Union officials have denied the numbers reflected a sanctioned work stoppage. But the numbers were seen as further evidence of growing rancor between the rank and file and Mayor Bill de Blasio.

Continued concerns over the rift come at a time when the department also is taking precautions in response to the terrorist attack in Paris and reports of a renewed threat from the Islamic State terror group.

Bratton confirmed Monday that in the wake of the Paris killings, someone posted an Islamic State group propaganda video calling for the killing of “intelligence officers, police officers, soldiers, and civilians” in the United States — a message that first appeared online in September. The threat prompted the NYPD to send out a new safety alert advising officers working in pairs on fixed posts in patrol cars to make sure one stands outside of the car, Bratton said.

If both officers “are sitting in the car and they’re busy texting away or not paying attention of the surrounding area, they’re much more vulnerable to attack,” he told CBS. “So it’s something that we continually try to drive home to our officers, that this is real. This is real and we need to be constantly vigilant.”