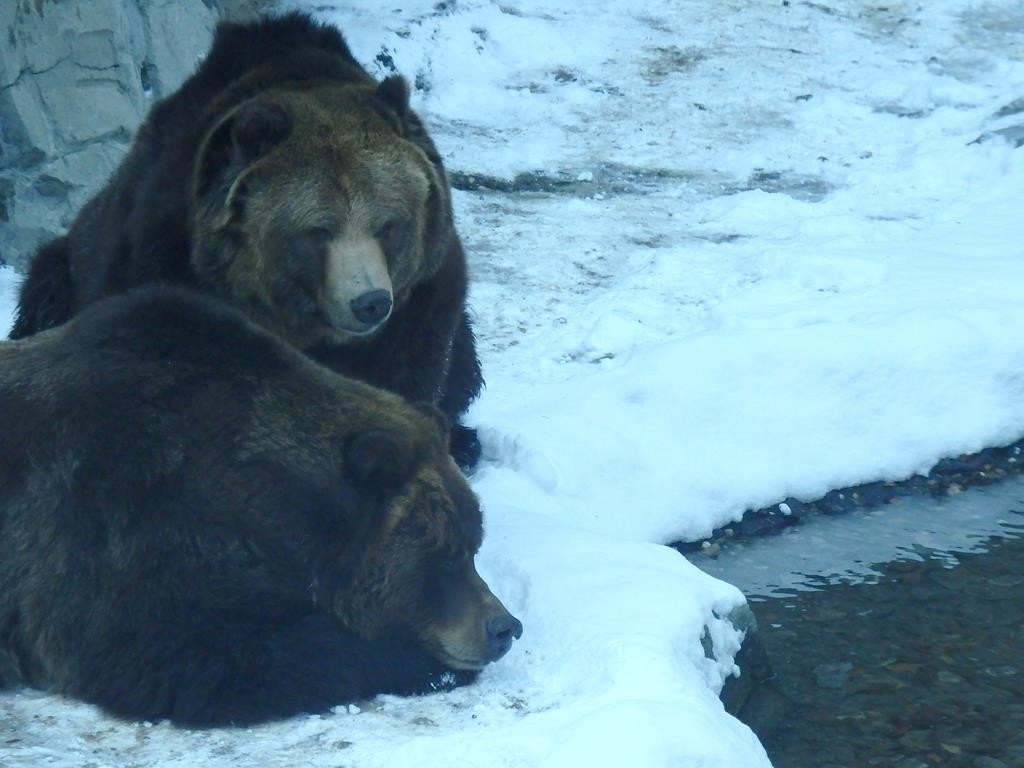 The grizzly bears made their first public appearance on Friday, living in an exhibit that had housed the beloved polar bear Gus who died in 2013.

The 6,000-foot habitat has been rebuilt with more waterfalls and streams to keep them active. The four-level viewing area allows visitors to get up close. At the lowest level they can see the bears underwater. Betty and Veronica had previously lived at the Bronx Zoo.