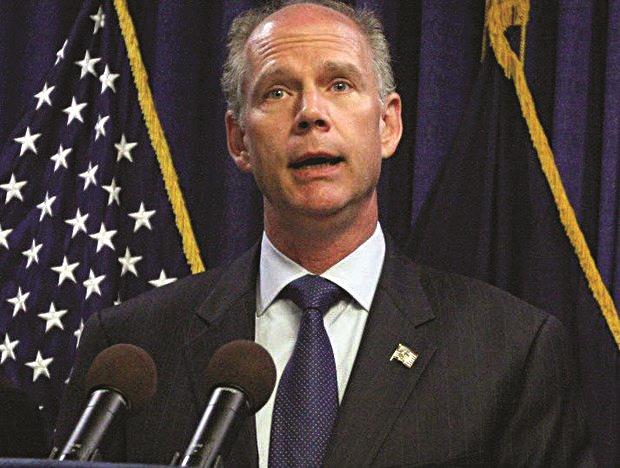 “I would hope that they would respect the fact that there was a man who died, a mother who lost her son and there’s a wife who lost her husband and some children who lost their dad,” Donovan said on a radio talk show hosted by former mayoral candidate John Catsimatidis.

The Staten Island Republican Party endorsed Donovan on Saturday as its nominee for the seat of ex-Rep. Michael Grimm, who resigned last month after pleading guilty to tax evasion.

Donovan said his next step is to garner support in parts of Brooklyn that belong to the same 11th Congressional District that includes Staten Island.

After Garner’s death in July, Donovan presented evidence to a grand jury that chose not to indict Daniel Pantaleo, the police officer who held down Garner during an arrest attempt for illegally selling loose cigarettes.

The jurors in the case “sat for nine weeks and they’re the only people who heard all the evidence,” Donovan said Sunday. “I think we should respect their decision.”

The special election has yet to be scheduled, and it could take months to finalize the process.