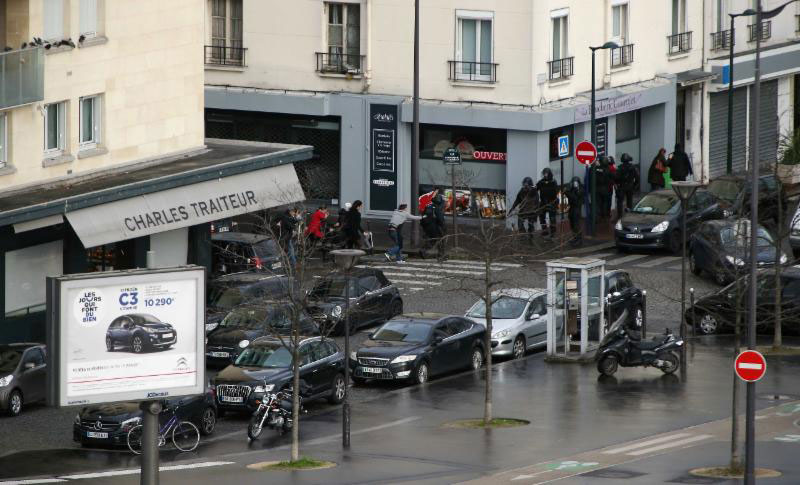 Friday, January 9, 2015 at 10:22 am | י"ח טבת תשע"ה
PARIS, France – As hundreds of French police and counter-terror forces converged on an industrial area north of Paris, a second hostage situation is unfolding in Vincennes – at the eastern edge of Paris – at the Hyper Cacher kosher supermarket.
Both situations are in the midst of unfolding and the details are changing and still murky, but here’s what officials are reporting so far: