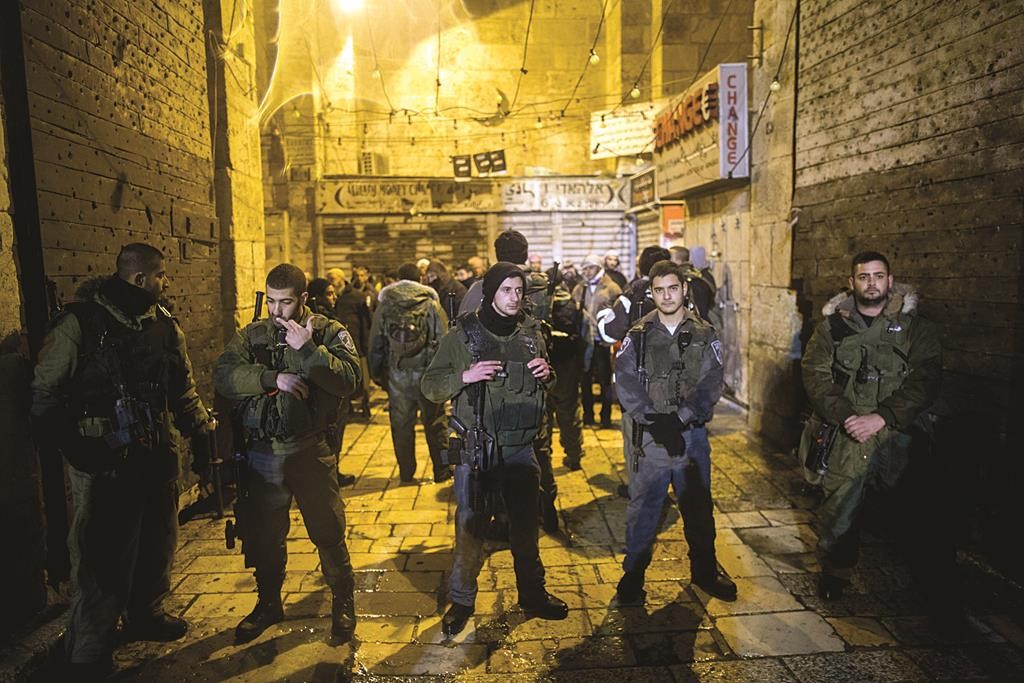 An unidentified 21-year-old man thought to be a yeshivah student  was stabbed in the back with a screwdriver by an Arab who then fled near Damascus Gate in the Old City on Thursday night.

“When I arrived at the scene the victim was fully conscious, but was suffering from a stab wound by a sharp object. The victim is a yeshivah student and was probably on his way to the Kosel to daven,” a paramedic told Ynet.

Police spokesman Micky Rosenfeld said the victim was treated on the scene by Magen David Adom paramedics and then rushed to Shaare Zedek Medical Center in moderate condition.

“We are looking into this as a terrorist attack, and Border Police and regular patrol units are in the area searching for the suspect,” he said.

In November, a 32-year-old Jewish man was also stabbed in the back with a screwdriver near Damascus gate, by an Arab suspect. Afterwards, Hamas praised the stabbing.