Israel Israelis Get Day Off From Stormy Weather
Israel 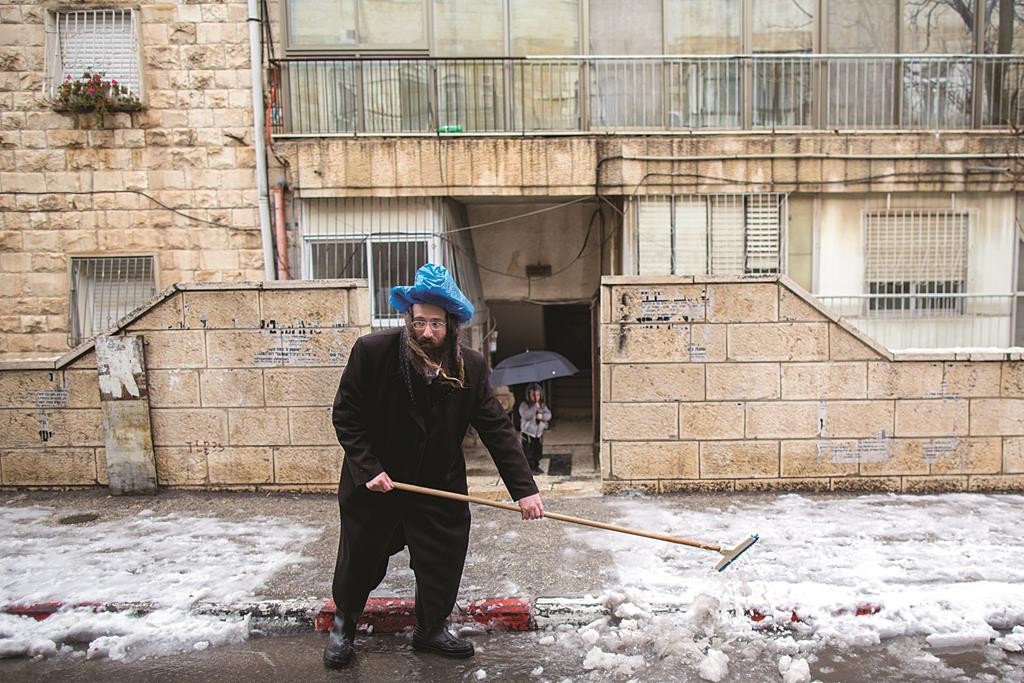 Israelis had a day to try to get back to normal after Wednesday’s storm, before the next onslought of rain and snow predicted for Friday.

While schools in Yerushalayim were open from 10 a.m. on Thursday, some parents were still keeping their children home. City officials said they would be closed again on Friday in expectation of more rough weather. Schools in the areas surrounding the capital and in the northern parts of the country were also closed.

In the north and in large swathes of Yehudah and Shomron, schools were also closed until the end of the week due to the weather and treacherous road conditions.

The main roads to and from Yerushalayim were clear on Thursday morning, however, and public transportation in the city was reportedly operating as usual.

Still, police issued an alert on Thursday, warning drivers to avoid the Golan Heights, where road conditions were hazardous.
Actual snowfall on Wednesday was not nearly as heavy as meteorologists had warned. Yerushalayim saw no more than about two inches, instead of the foot or two predicted.

Over 30 inches of snow fell on Mount Hermon, and four inches in Tzefas and Chevron.

The Kinneret rose seven centimeters since Shabbos due to the heavy rains, bringing it to -212.77 meters. The Water Authority reported the Jordan River broke its own record of water flow, which reached 40 cubic meters per second.

Six Israelis were hospitalized in northern Israel on Thursday due to hypothermia and cold burns. At the Rambam Hospital in Haifa, two 90-year-old individuals and a 20-year-old man who fell and lay in the cold were treated for low body temperature.