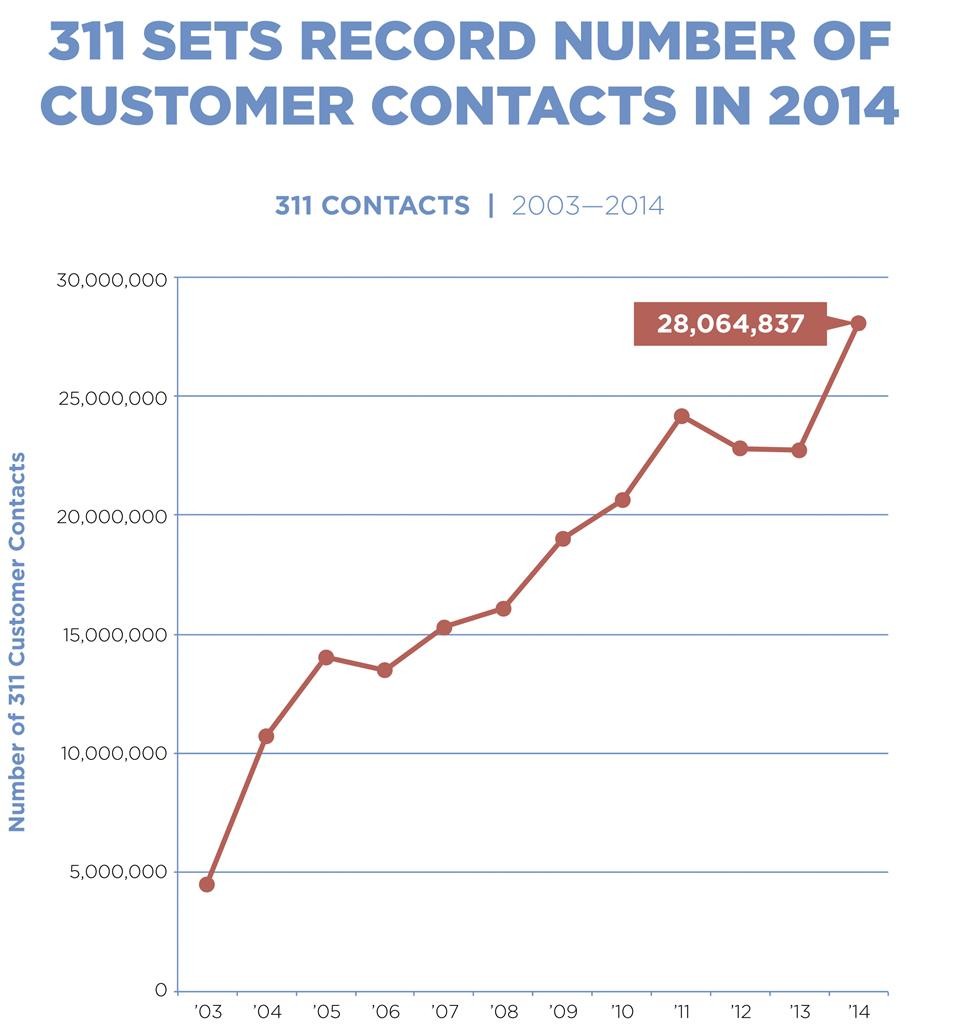 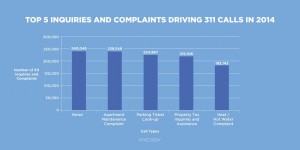 More than 28 million people contacted the hotline, surpassing the previous high, set in 2011, by 14 percent.

New Yorkers can use the number to get information on a wide range of city services and issues, such as reporting a lack of heat, enrolling in pre-kindergarten and checking on alternate side of the street parking regulations. Most customers call 311 but the service can also be accessed online or by texting.