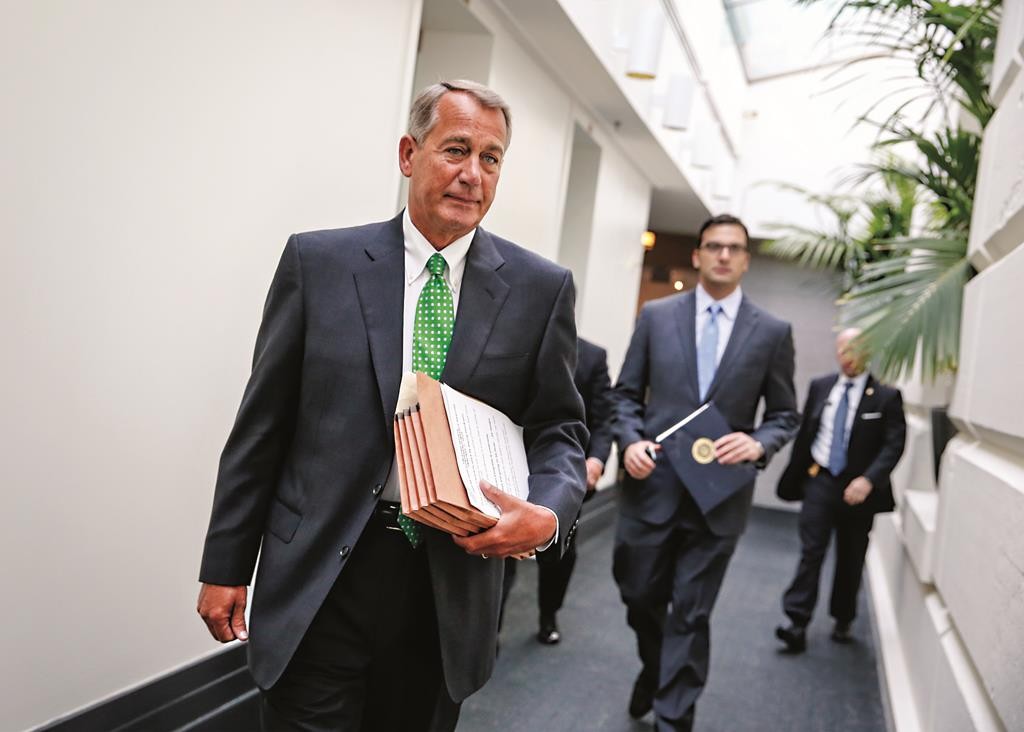 Boehner took swift action against two of the dissenters, knocking them from a key committee. But some of his allies demanded more, furious at the two dozen lawmakers who opposed the Ohioan in Tuesday’s speaker vote. In the process, the GOP is starting the year with party infighting instead of a unified challenge to President Barack Obama.

“All of us think that they should have retribution,” Boehner loyalist Devin Nunes of California said of the rebels.

The dissidents warned of their own payback if Boehner does take further steps against them.

“There’s going to be a fight,” said Rep. Louie Gohmert, R-Texas, when asked what would happen if leaders retaliated against lawmakers who opposed Boehner’s re-election. “And it’s going to be real hard to bring the party together like they say they want to do.”

The dispute proved a distraction as Congress convened under full GOP control for the first time in eight years. Republicans are pursuing an ambitious agenda including early votes on bills to advance the long-stalled Keystone XL pipeline and change the definition of full-time work under Obama’s health law from 30 hours a week to 40 hours a week. Obama has threatened to veto both measures.

In one of its first acts, the House passed legislation Wednesday to renew the federal program that props up the private market for insurance against terrorist attacks.

And in the Senate, now under GOP control, new Majority Leader Mitch McConnell of Kentucky pledged to cooperate with Obama where possible, on such issues as trade and tax reform, but to challenge him elsewhere.

“The American people elected divided government. But that doesn’t mean they don’t want us to accomplish anything,” McConnell said.