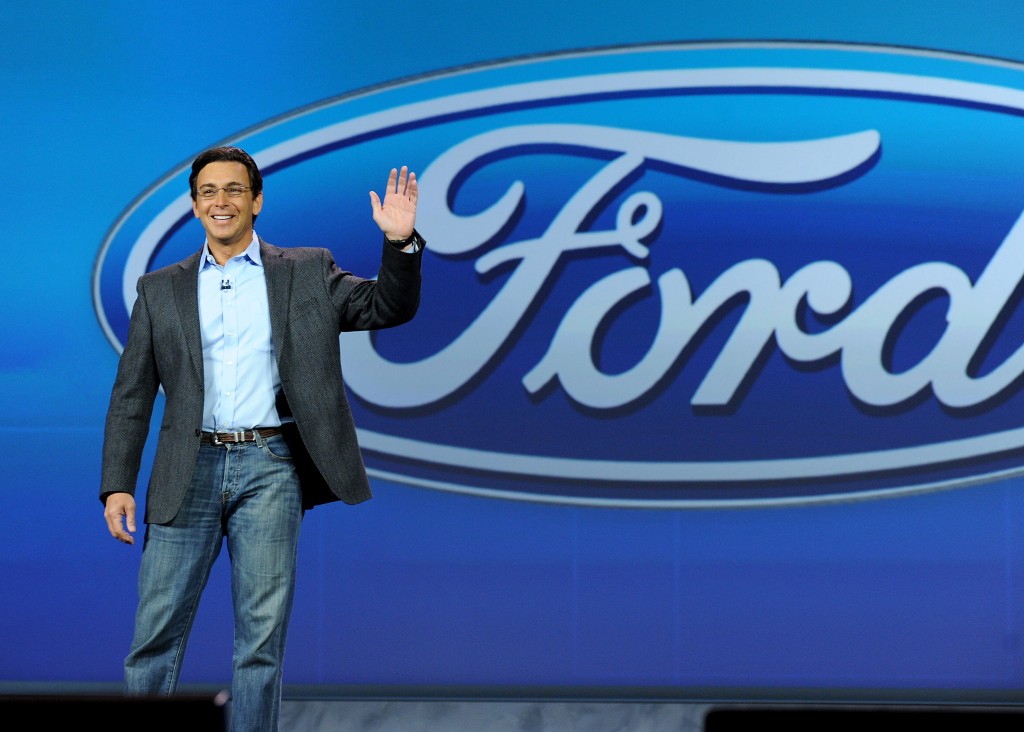 The future of driverless cars was the background for a Ford Motor Co. keynote address on Tuesday at the International Consumer Electronics Show. The carmaker hopes to cure the world’s transportation ills by delivering everything from a quicker trip down the Las Vegas Strip and helping drivers more easily finding a parking spot, to improving access to medical services in remote areas of West Africa.

The gadget show opened to the public Tuesday.

Ford CEO Mark Fields said the company isn’t racing to have the first driverless car on the road, but is taking a thoughtful approach to creating an autonomous car for the masses. And with an eye on congested city hubs and a connected generation more keen on car-sharing, mass transit and cycling, the automaker is getting involved in those avenues, too.

Fields said Ford is conducting 25 worldwide experiments to study driver habits, test ridesharing and research whether a person’s entire driving history could follow them from car to car regardless of brand in order to get personalized insurance quotes.

Want to try a Mustang for the weekend or need a truck for a move? The company’s employees in Michigan are testing an app-based program where they can trade cars among themselves.

“We’ll learn something from each of these experiments,” Fields said.

While consumer-electronics companies are celebrating a coming bonanza of health trackers, connected cars and “smart” home appliances, the head of the Federal Trade Commission is pressing the tech industry to protect consumer privacy.

Powerful networks of data sensors and connected devices, dubbed the “Internet of Things,” will collect a vast trove of user information that represents “a deeply personal and startlingly complete picture of each of us” – including our finances, health and even religious leanings, said Edith Ramirez, the chairwoman of the Federal Trade Commission.

Ramirez urged the global electronics companies, internet giants and tech startups at CES to make data security a priority as they build new products. She also called on companies to give consumers more control over how their data is used, and to collect only the data that’s necessary for a product to perform its function.

It’s often tempting to buy a wi-fi-only model of a tablet computer because it’s cheaper – by $130 in the case of the iPad. But what if you decide later you want connectivity on the go?

AT&T will soon sell cases to connect your wi-fi tablet to its network. You’ll need to buy data service, of course, and it’s not immediately clear whether the cases will work with service from rival carriers.

Many Android tablets already have slots for microSD storage cards, but iPads do not.