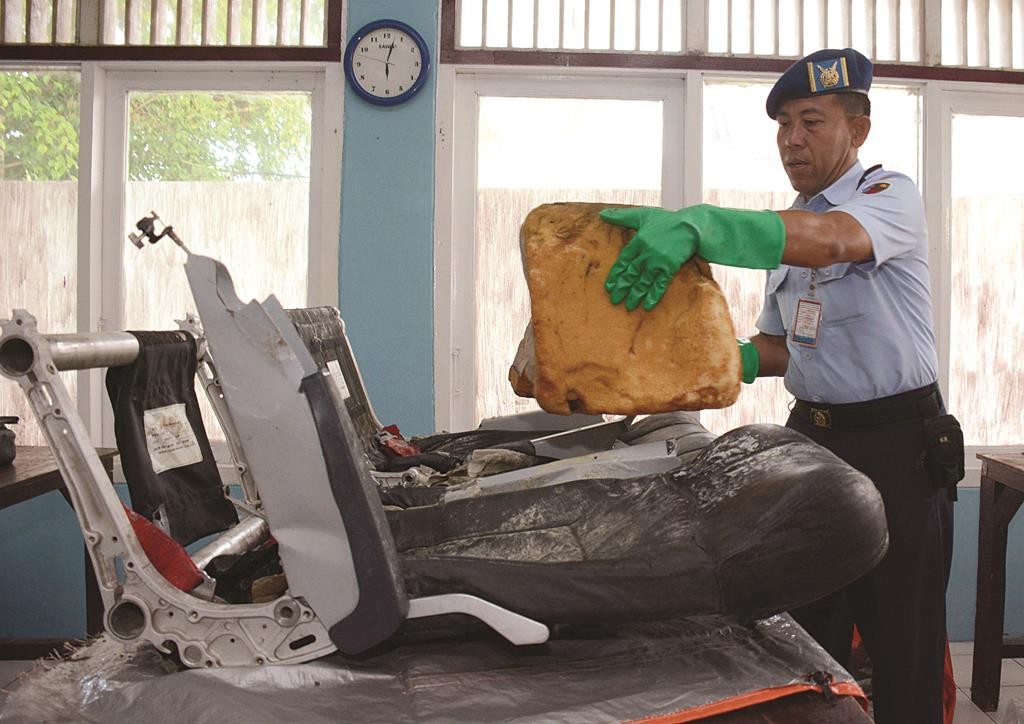 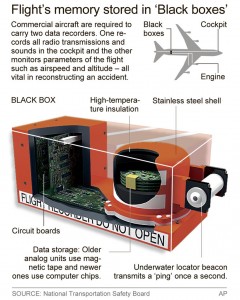 Search teams scouring the ocean for the wreckage of an AirAsia jet found two new metal objects on Tuesday, but nine days after the plane crashed officials say there is still no sign of the crucial black box flight recorders.

Bad weather continued to hamper the search, and while conditions eased slightly on Tuesday, high waves and strong currents prevented divers from going deep into the waters to look for the plane’s wreckage on the bottom of the Java Sea.

Indonesian officials believe they may have located the tail and parts of the fuselage of the Airbus A320-200 30 meters below the surface, but have been unable to properly investigate the debris so far.

Flight QZ8501 plunged into the water off Borneo island on Dec. 28, about 40 minutes into a two-hour flight from Indonesia’s second-biggest city of Surabaya to Singapore. There were no survivors among the 162 people on board.

Jakarta has launched a crackdown on its fast-growing aviation sector since the crash, reassigning some officials and tightening rules on preflight procedures in a country with a patchy reputation for air safety.

“Divers were ready on the ship but the challenges were currents and waves,” the head of Indonesia’s search and rescue agency, Fransiskus Bambang Soelistyo, told a news conference in Jakarta on Tuesday evening.

He said a U.S. navy ship located two more metal objects using sonar signals, though it is not known yet if they are part of the missing plane. Those would add to the five large objects, believed to have been part of the plane, detected so far.

Two more bodies were also recovered from the sea, bringing the total found so far to 39.

The captain of an Indonesian navy patrol vessel said on Monday his ship had found what was believed to be the tail, a key find since that section of the aircraft houses the cockpit voice and flight data recorders. But Soelistyo said that could not yet be confirmed.

Fewer than a third of the bodies of the mostly Indonesian passengers and crew have been recovered so far. Many more could still be trapped in the fuselage of the aircraft.

While the cause of the crash is not known, the national weather bureau has said the seasonal tropical storms common in the area were likely to be a factor. Last week, the authorities questioned whether the pilot had followed proper weather procedures.

On Monday, the transport ministry said officials at the airport operator in Surabaya and air traffic control agency who had allowed the flight to take off had been moved to other duties while the accident investigation is completed.

It also said it had issued a directive making it mandatory for pilots to be briefed face-to-face by an airline flight operations officer on weather conditions and other operational issues before every flight.

Indonesia is one of the world’s fastest growing aviation markets and its carriers, such as Lion Air and Garuda Indonesia, are among the top customers for plane makers Airbus and Boeing.

But its safety record is checkered. The European Commission banned all Indonesia-based airlines from flying to the European Union in 2007 following a series of accidents. Exemptions to that ban have since been granted to some carriers, including Garuda and AirAsia.