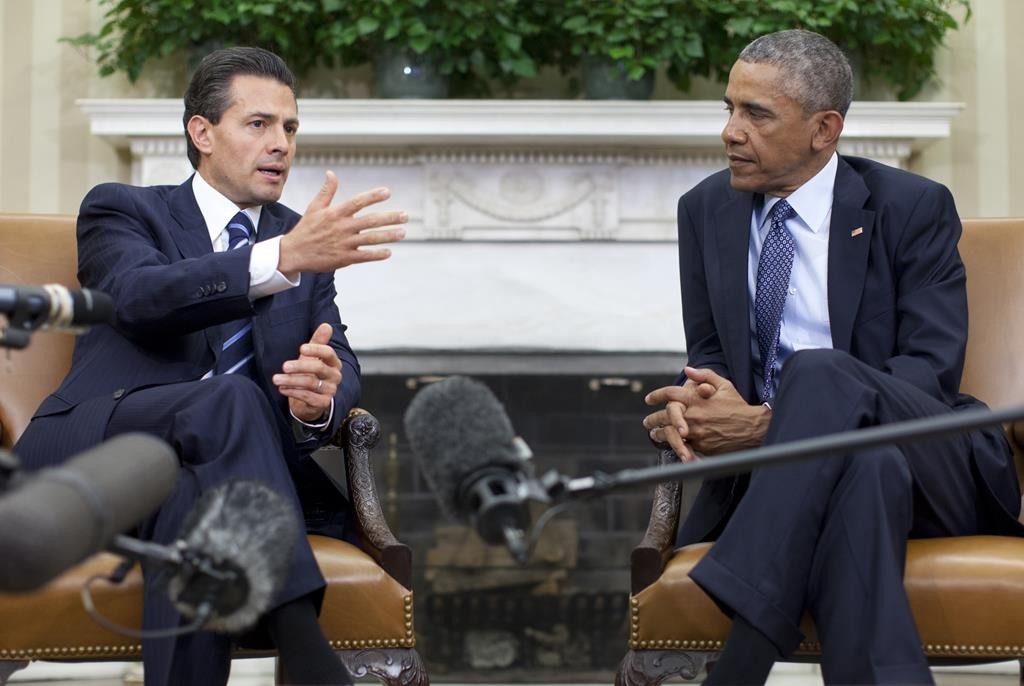 Mexican President Enrique Peña Nieto praised Obama’s executive action to shield from deportation some 4 million immigrants — most of them from his country — and his move to re-establish diplomatic ties with Cuba. Both presidents are hoping Congress will approve a new trade treaty that would involve countries stretching from Chile to Japan.

And they discussed a scandal that has sparked massive protests in the Mexican streets and a smaller one in the snow outside the White House as they met — the Sept. 26 abduction and presumed murder of 43 college students, allegedly at the hands of local officials and police in league with a drug cartel.

Peña Nieto has drawn criticism for saying it was time to “move beyond” the case just weeks after their abduction and taking a month to meet with their families.

“We are very upset,” said Ivan Almonte, a 36-year-old Mexican who has been living in the United States for 16 years and was among the demonstrators outside the White House. “We want Peña Nieto to quit and to tell us where are the 43 students. Why so much silence?”

Obama told reporters at the end of their meeting that Americans have been following the tragedy that has raised concerns about security in Mexico. Obama said Peña Nieto described the reform program he’s initiating around the issues.

“Our commitment is to be a friend and supporter of Mexico in its efforts to eliminate the scourge of violence and the drug cartels that are responsible for so much tragedy inside Mexico,” Obama said. But he added, “Ultimately it’ll be up to Mexico and its law enforcement to carry out the key decisions that need to be made.”

Peña Nieto said he offered to collaborate on Obama’s effort to re-establish diplomatic and commercial ties after a half century of estrangement with Cuba. Obama said he’ll participate in the Summit of the Americas, a regional meeting, in April in Panama. But he says he will insist that human rights and other concerns he has about Cuba be on the agenda in what he hopes will be more “constructive” policy.