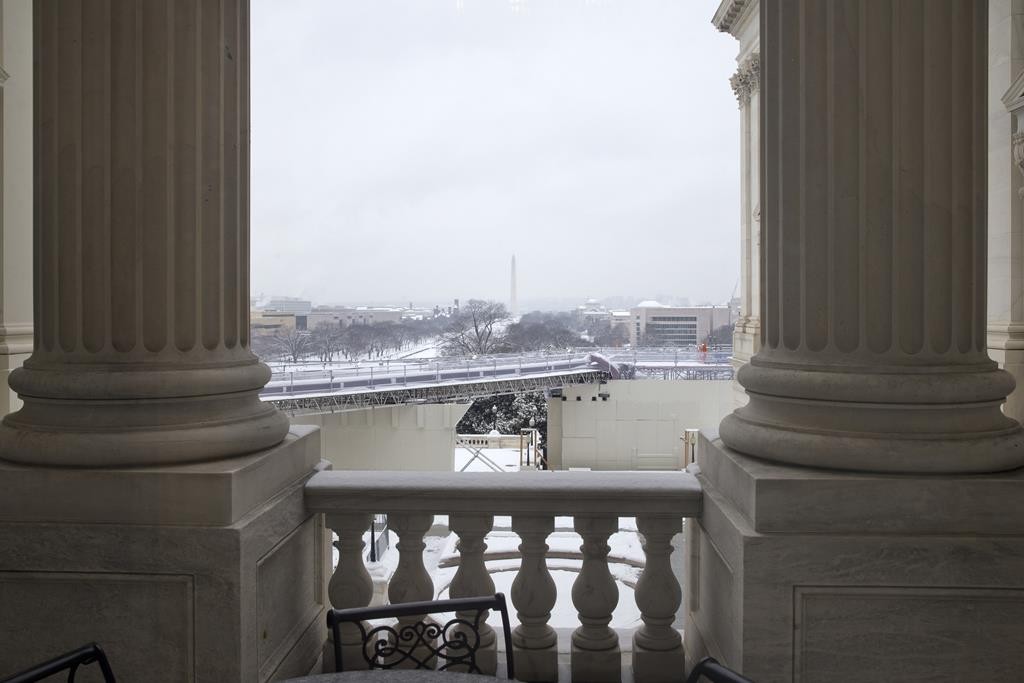 With a bandage across one eye and a black bruise near his jaw, the Senate’s top Democrat offered a personal account of his injury last week that forced him to miss the opening day of the new Congress.

“I didn’t go bull riding. I wasn’t riding a motorcycle. I was exercising in my new home,” Sen. Harry Reid said in a video released Tuesday by his office.

Reid suffered three broken ribs and facial bones when an exercise band broke at his home in Nevada. He also suffered a concussion, an injury that his office had not previously disclosed. On doctor’s orders, he was not present when Republicans assumed the majority in the Senate and GOP Sen. Mitch McConnell became the new majority leader.

Reid, 75, will be the minority leader in the new Senate.

“He’s pretty banged up,” Durbin said. “Imagine going through the windshield of a car, what your face might look like. The right side of his face is pretty badly beaten with a lot of broken bones and bruising and discoloration, and then add three or four broken ribs to it.”