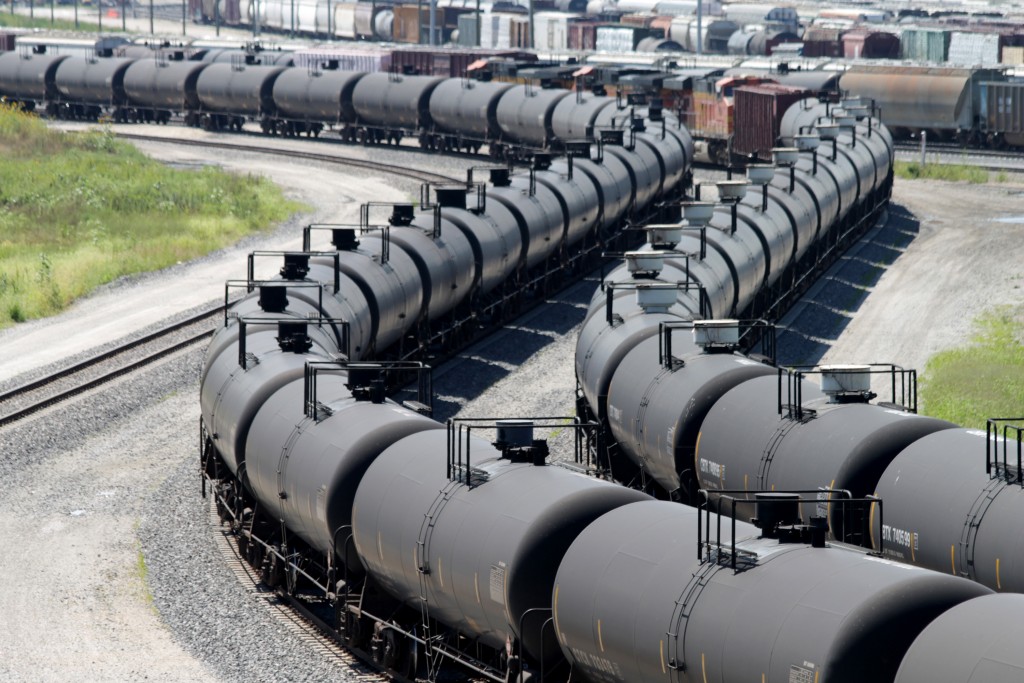 Mayor Tom Weisner can’t stop the crude-oil trains from moving through his city on two railroads, but he’s doing what he can to make sure they do so as safely as possible.

From his downtown office window, every day Weisner can see four to seven trains with 100 or more cars of Bakken crude from North Dakota on the elevated Burlington Northern Santa Fe line passing through his city of 200,000, about 40 miles west of Chicago.

When combined with the oil trains that move along the city’s eastern border on a Canadian National line — and with ethanol trains running on both routes — the risk factor increases.

“Between the two, the number of trains on a daily basis that are carrying something flammable is probably more in the 15-20 range, at least,” Weisner said.

Local officials have very little jurisdiction over rail transportation, and some have felt powerless as a torrent of domestically produced oil has begun running through their communities by rail.

That doesn’t mean they don’t have any say. Weisner and Karen Darch, the village president of Barrington, about 35 miles north, formed a coalition five years ago to push the rail industry’s federal regulators to pay attention to the effects of increased train traffic on their communities.

Now, Darch and Weisner are two of the leading voices among local officials who are pushing the U.S. Department of Transportation to move faster and more aggressively in getting older, more puncture-prone tank cars off the tracks.

Regulators soon are to announce the final rule for the standards, including a schedule for scrapping or upgrading the older cars in crude-oil and ethanol service. It isn’t known whether the federal government will impose a longer timeline, favored by industry groups, or the shorter one pushed by Darch and Weisner.

Darch said she thought that regulators got the message.

The trains pass through Barrington and Aurora on their way to distant terminals, where officials have other ways to check on expanded crude-by-rail operations.

Seemingly overnight, Albany County, N.Y., became a hub for crude-oil trains. Two railroads take them into the Port of Albany-Rensselaer, near the heart of state government, where the cargo is transferred to barges bound for Northeast refineries.

Albany County Executive Daniel McCoy was alarmed at the rapid increase and its implications for public safety and the environment. He couldn’t stop the trains, so he issued an executive order imposing a moratorium on the expansion of the rail-to-barge operations sought by Global Partners, an oil industry transportation logistics and marketing company.

“They got more than they bargained for,” McCoy said of the oil and rail companies.

The county also moved to fine companies $1,000 for not reporting spills within 30 minutes and $1,000 for every additional hour that passes with no report.

Documents obtained from the New York State Division of Homeland Security and Emergency Services through an open-records request show that 25 to 44 Bakken crude-oil trains each week pass through Albany County on CSX and Canadian Pacific.