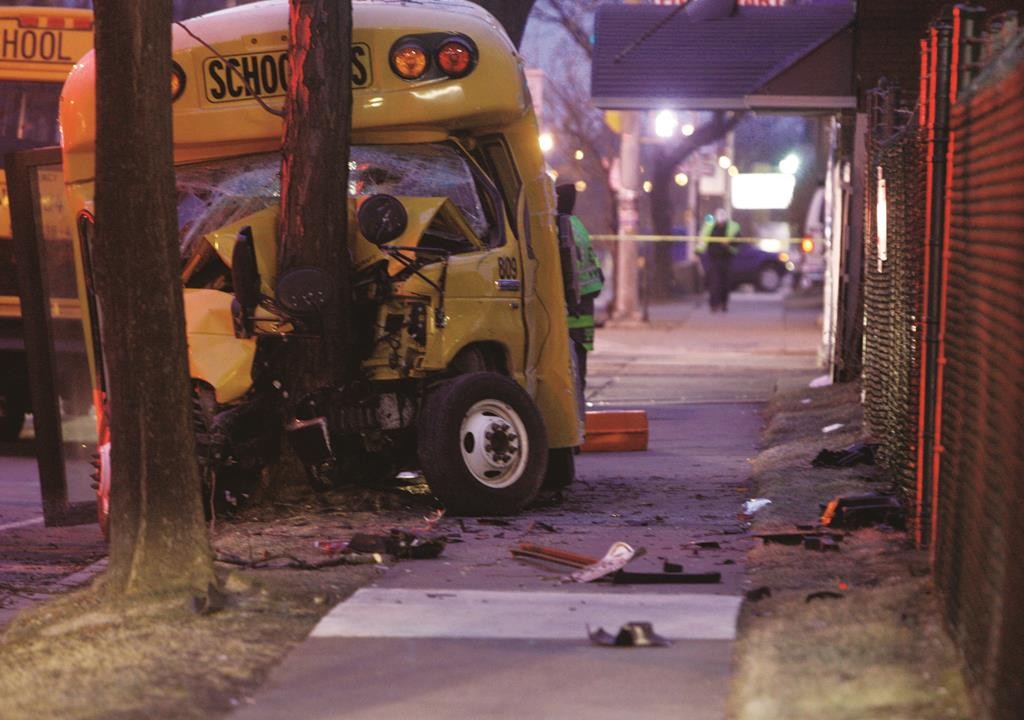 The driver of a bus taking students to a Rochester elementary school Tuesday morning apparently suffered a heart attack before the vehicle collided with another school bus and a tree, sending eight students and another adult to the hospital.

The driver of a small school bus taking eight students to school suffered a heart attack and sideswiped a full-sized bus. The 30-year-old died at the scene.

The eight elementary school students, between the ages of 8 and 11, were taken to Strong Memorial Hospital. Four were released and four others were still being checked for non-life-threatening injuries. The three students on the other bus weren’t injured.