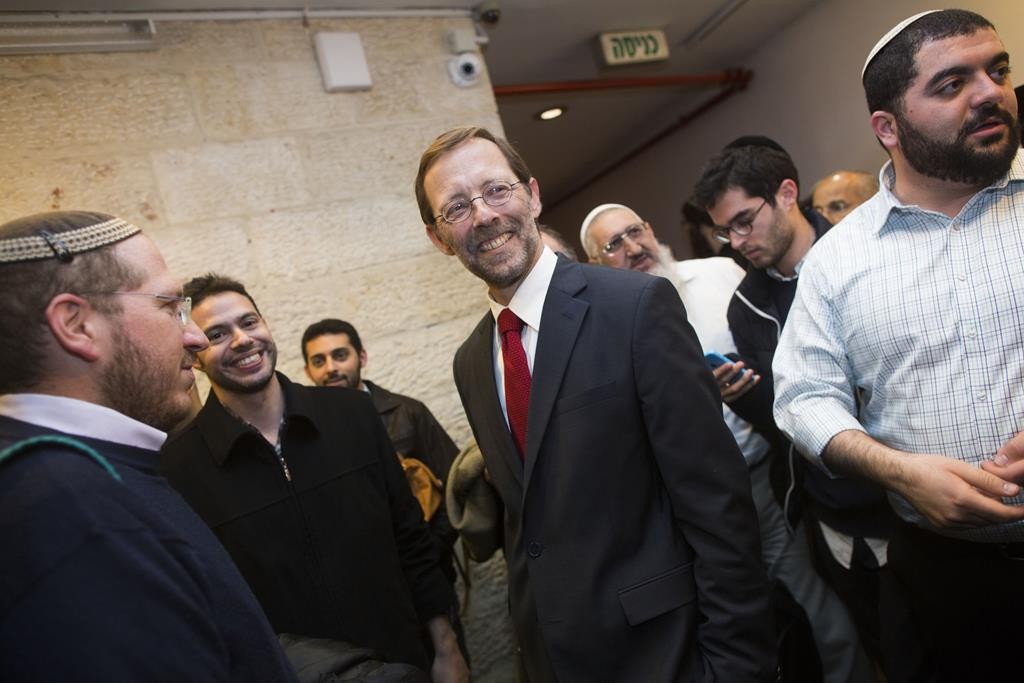 As Prime Minister Binyamin Netanyahu officially launched the Likud campaign Monday night, he sought to turn his coalition meltdown and unwanted early elections into a campaign asset, offering a proposal to “change the face” of Israeli politics by replacing the current electoral system with one closer to the American one.

Noting the chronic instability of Israeli coalition politics, which has produced 33 governments in 66 years, Netanyahu said that the situation made it virtually impossible to govern.

“With so many parties, the prime minister functions as kindergarten teacher in an endless game of musical chairs,” he complained. “We will soon have to go to elections again if we don’t fix the problem …”

The proposal calls for the leader of the largest party to automatically form the government, which will remain in power for four years, barring extreme circumstances. It would also do away with the requirement for the likely prime minister to consult with the president of Israel before forming a coalition, thereby stripping the ceremonial office of one of its few actual powers.

“This will lead to there being two large parties: Likud and whatever Labor wants to call itself,” he said, though he did not elaborate on how that process would unfold. “Then the Likud won’t be subject to political extortion,” he said.

Netanyahu promised to introduce such legislation within 100 days after induction of the next government.

The prime minister’s proposal somewhat obscured the official purpose of the Likud gathering on Monday, which was to present the party’s list of candidates for Knesset. This was presumably a welcome development for some, since it came amid a week of post-election recriminations and recounts which suggested that Likud itself is in need of reform.

Likud Deputy Transportation Minister Tzipi Hotovely has contested last week’s primary results, claiming irregularities in the count. She trailed Avi Dichter by 55 votes in the recount, and demanded verification of signatories for the ballot boxes.

“Many discrepancies and massive gaps were discovered in the results,” said Hotovely on Monday. “We are checking everything, ballot by ballot. We will not concede, we will follow this through. Yesterday we were asking for more information from activists, today we checking the protocols.”

“Dear friends, given the enormous failures in counting the ballots, and after correcting 30 boxes, we have narrowed the gap by almost 800 votes; we are not giving up. We still have 55 votes to go and I am confident there are other ballots which had been miscounted.”

For Hotovely it means the difference between getting a high enough position to have a realistic chance of returning to the Knesset.

Meanwhile, MK Moshe Feiglin announced his departure from Likud, and his intention to form a new party.

“Binyamin Netanyahu thwarted me, but I’m not angry at him,” Feiglin said on Monday. Feiglin had lost a legal effort to overturn the party decision to vote for chairman and Knesset slots on the same day, which Netanyahu had backed, giving the latter an organizational advantage.

In another campaign item, Yesh Atid head Yair Lapid admitted on Army Radio on Monday that “we went into the finance ministry a bit power-drunk,” adding that he and his party members “should have listened to advice more.”

When asked whether his two years in office helped improve the situation in Israel, Lapid said, “the housing price has gone down a bit.”

When asked about the possibility of joining a coalition headed by Netanyahu, Lapid responded, “I don’t rule out people or parties, but I will do everything so that Netanyahu will not be prime minister.”

Lapid was primarily responsible for excluding the chareidi parties from the government coalition.