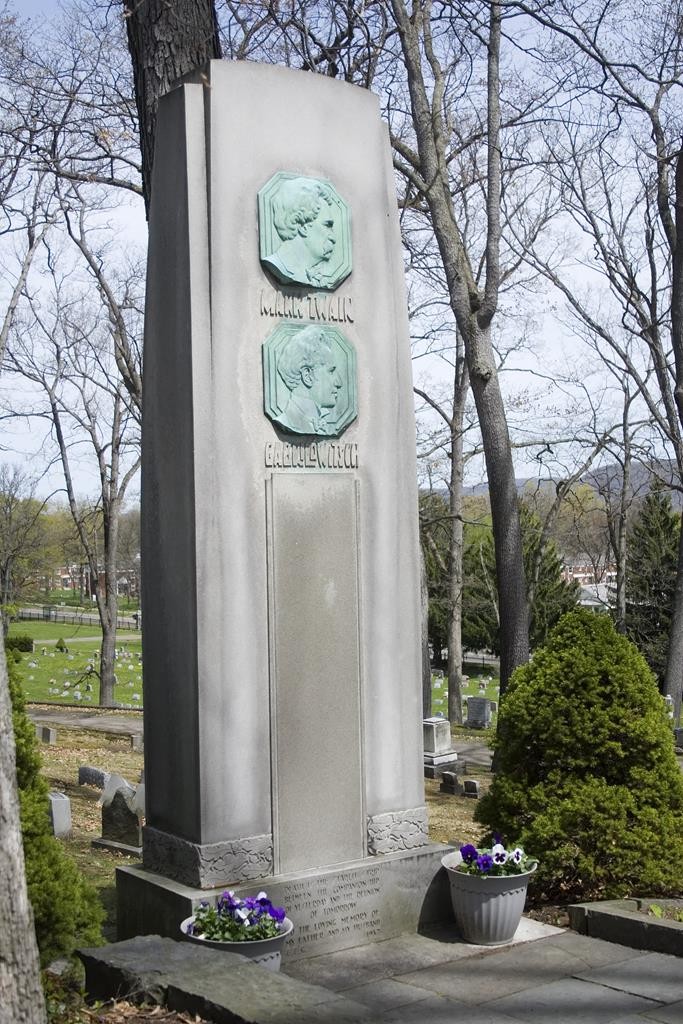 A bronze plaque from a monument at Mark Twain’s gravesite in upstate New York was stolen sometime last week, and police are trying to find out who took it.

The 12-by-12-inch likeness of the famed American writer was one of two on a 12-foot-tall granite monument commissioned by Twain’s daughter Clara. The other plaque, of Clara’s husband, was untouched.

Twain was born Samuel Langhorne Clemens and grew up in Hannibal, Mo. The author of such classics as The Adventures of Huckleberry Finn and Tom Sawyer married Olivia Langdon of Elmira and had a summer home in the upstate city. He died in 1910 and was buried in the Langdon family plot.