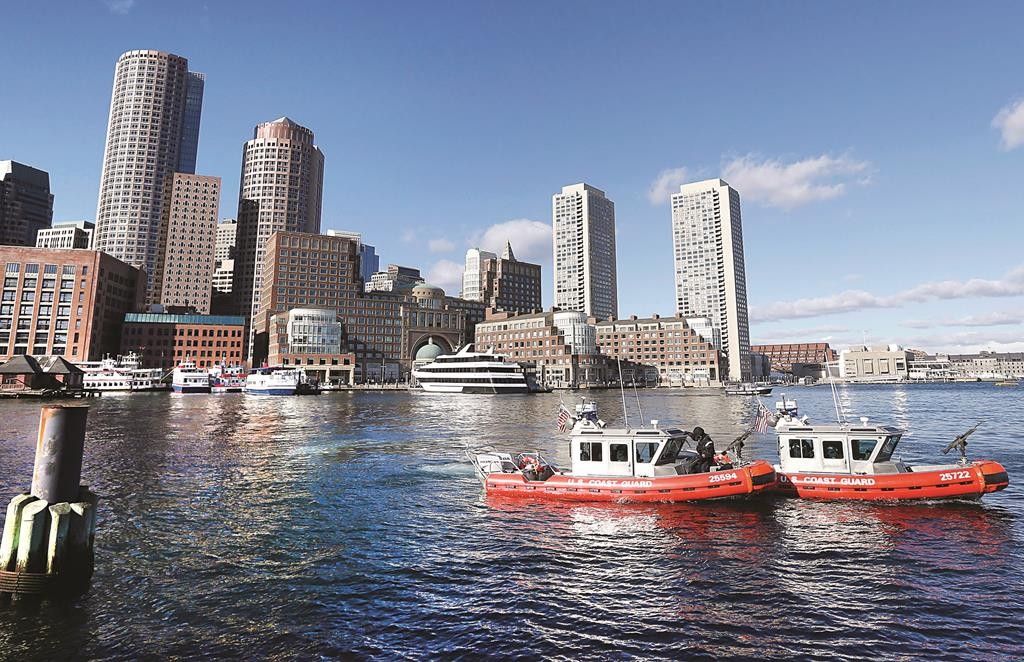 Some of the prospective jurors who could decide Dzhokhar Tsarnaev’s fate got their first look Monday at the young man accused of bombing the Boston Marathon, and they seemed transfixed by the sight of the shaggy-haired 21-year-old.

Tsarnaev, for his part, rose to his feet and nodded, slightly and awkwardly, as he was introduced to the first group of about 200 citizens.

So began what could be weeks of jury selection in the nation’s most closely watched terror trial since the Oklahoma City bombing two decades ago.

Security was tight, with dozens of police officers stationed inside and outside the federal courthouse along with bomb-sniffing dogs.

The potential jurors seemed riveted by Tsarnaev and by U.S. District Judge George O’Toole Jr.’s explanation of the gravity of what they will be asked to do if they are picked: They must decide not only whether the former college student is guilty or innocent, but also what his punishment will be if he is convicted — life in prison or execution.

The judge told the potential jurors not to think of the trial as “an annoying burden,” but as a needed service and an “important duty of citizenship.”

Tsarnaev is accused of planning and carrying out the twin pressure-cooker bombings that killed three people and wounded more than 260 on April 15, 2013.

Over three days, a pool of about 1,200 prospective jurors will be summoned to court. Twelve jurors and six alternates will ultimately be selected. The judge said testimony in the trial will begin on Jan. 26 and last three to four months.

Tsarnaev’s lawyers tried and failed to get the trial moved out of Boston.