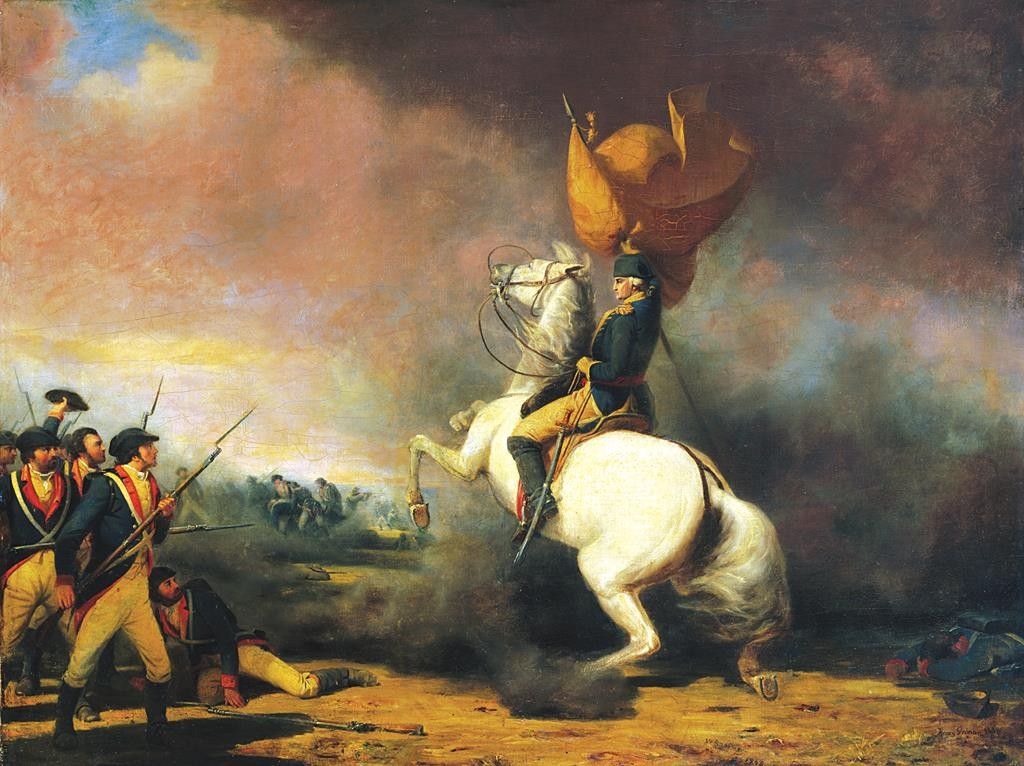 Two New Jersey college students are shining a bright light on a little-known militia that helped turn the tide of America’s Revolutionary War.

Rutgers-Camden University graduate students Matt White and Dave Niescior have led the effort to organize a re-enactment of the Philadelphia Associators’ overnight march from Trenton to Princeton, which took place from Jan. 2 to 3, 1777.

The “To Princeton with Peale” events on Friday focused on the militia commanded by Charles Wilson Peale, an artist and naturalist who painted portraits of the era’s leading figures.

“We wanted to create an event that could connect historic sites, historical events, and important — yet largely unknown — historical ideas,” White said. “Dave and I were actually … discussing an event we participated in at Valley Forge National Historical Park several weeks earlier, and wondered what we could do to build off of such a great event.”

Niescior said this is the first time the historic march has been re-enacted, and the group hopes to stay true to the original as much as possible. He also notes it will take place in real time on the actual anniversary dates of the events it commemorates.

Niescior and White will be joined by about 40 others, who will travel overnight along the same route the militia took with the Continental Army. To stage an authentic depiction, participants are being held to a high standard of quality with regards to their uniforms and general appearances. The uniforms have been faithfully and accurately recreated, he said, and participants have thoroughly researched their roles to help explain the militia members’ experiences and the march’s importance.

Those participating in the event are drawn from several living history organizations in the region.

White said they chose Peale’s group because he had extensively researched that company and was very familiar with the names and wide range of backgrounds of many of its members.

He also noted that without the militia’s efforts, it’s doubtful that George Washington would have returned to New Jersey after the Continental Army’s victory at Trenton. Thus, the victory at the Battle of Princeton and the ramifications it had would not have happened.

“They played such a crucial, yet largely underappreciated, role in the Princeton campaign,” he said. “We think it’s important to be able to show people why and how everyday citizens of Philadelphia could affect this campaign and ultimately the outcome of the war.”