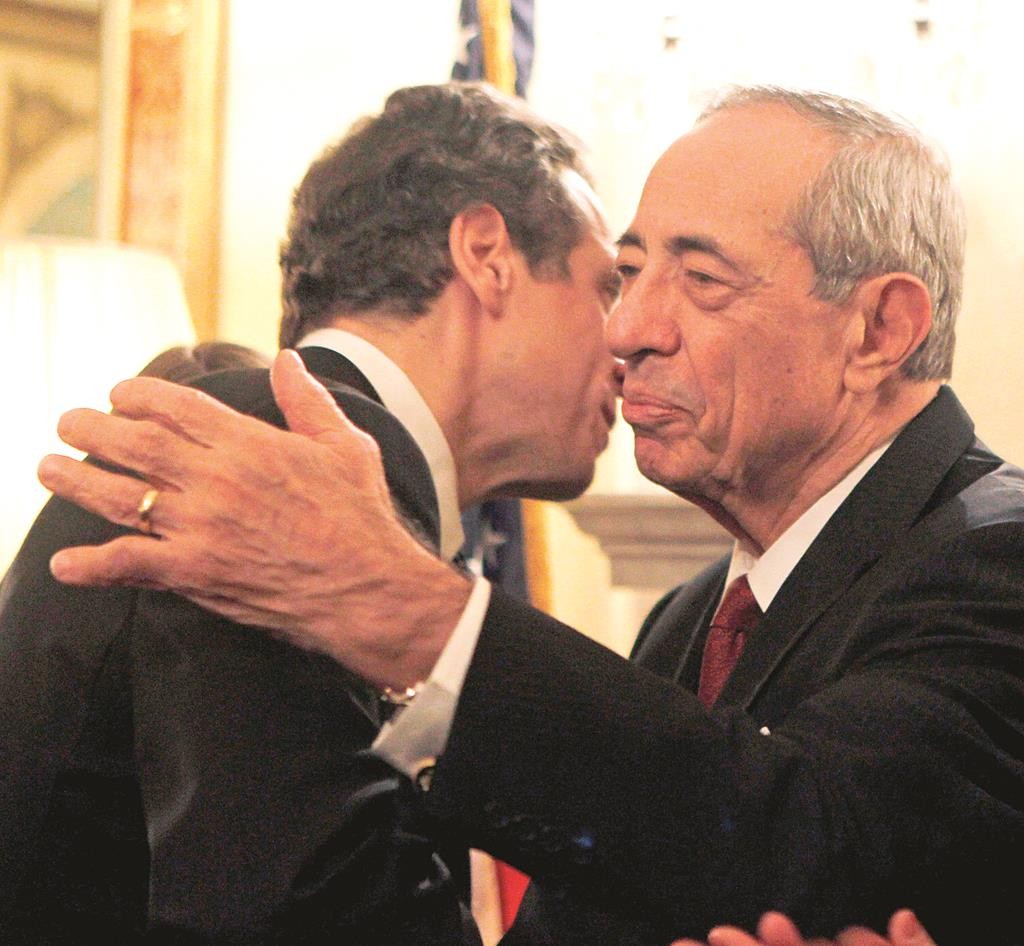 Mario Cuomo had a loud and liberal voice that inspired a generation of politicians to public service, and a story of humble beginnings that he wove into calls for social justice during his three terms as New York governor and years as a national figure when he deflected overtures to become a presidential candidate.

Cuomo died at his home in Manhattan on Thursday of heart failure, just hours after his son Andrew began his second term as New York’s chief executive. He was 82.

The son of Italian immigrants, Mario Cuomo’s oratory and his dedication to progressive policies made him a political star, but despite calls to seek the White House, he never made a run for president.

Cuomo served as governor from 1983 through 1994 and became nationally celebrated for his ability to blend the story of his humble upbringing with ringing calls for social justice.

He was also known for the presidential races he stayed out of in 1988 and 1992. He agonized so publicly he was dubbed “Hamlet on the Hudson.”

In 1991, Cuomo left a plane idling on the tarmac at the Albany airport rather than fly to New Hampshire and jump in. That left the door open for a lesser-known governor, Bill Clinton.

Cuomo’s last public appearance came in November, when Andrew was re-elected governor of New York. The frail-looking patriarch and his son raised their arms together in victory at the election-night celebration.

Andrew Cuomo said Friday he is postponing his state-of-the-state address, which was scheduled for Wednesday, until Jan. 21. He ordered flags at all government buildings to be flown at half staff.

The funeral will take place on Tuesday in Manhattan.

Mario Cuomo’s big political break came in 1982 when, as New York’s lieutenant governor, he won the Democratic nomination for governor in an upset over New York Mayor Ed Koch. He went on to beat conservative millionaire Republican Lewis Lehrman.

His reputation for eloquence was secured at the 1984 Democratic National Convention when he delivered his “Tale of Two Cities” keynote address, in which he told of the lessons he learned as the son of a grocer in New York City.

“I watched a small man with thick calluses on both his hands work 15 and 16 hours a day,” Cuomo told the crowd. “I saw him once literally bleed from the bottoms of his feet — a man who came here uneducated, alone, unable to speak the language — who taught me all I needed to know about faith and hard work by the simple eloquence of his example.”

The electrified delegates in San Francisco cheered, “Mario! Mario! Mario!” and some wondered whether they had chosen the wrong presidential candidate in Walter Mondale.

He was prickly as well as eloquent. Cuomo once said “I didn’t come into this business to be bland,” and he rarely was. Complaining about what he saw as anti-Italian stereotyping, Cuomo once said the Mafia was “a word invented by people” and “a lot of baloney.” He once had a little boy near tears after asking how old he was and then pressing the child on how he could be sure of that, and he publicly mimicked a reporter’s stutter.

He repeatedly raised taxes to fund a variety of progressive causes and vetoed legislation that would have restored the death penalty. Under Cuomo, the state budget grew from $28 billion to $62 billion.

In 1993, he turned down an opportunity to be nominated by Clinton for a seat on the U.S. Supreme Court. Nineteen months later, with voters tired of him, Cuomo lost his bid for a fourth term to George Pataki, a GOP state lawmaker who had promised to cut taxes and bring back the death penalty.

“I wanted to win this more than any political contest I ever had,” Cuomo said. “I’m not good at wanting things in life. I’ve made a habit of not wanting things too much.”