Regional Community Comes Out in Force for NYPD Funeral
Regional 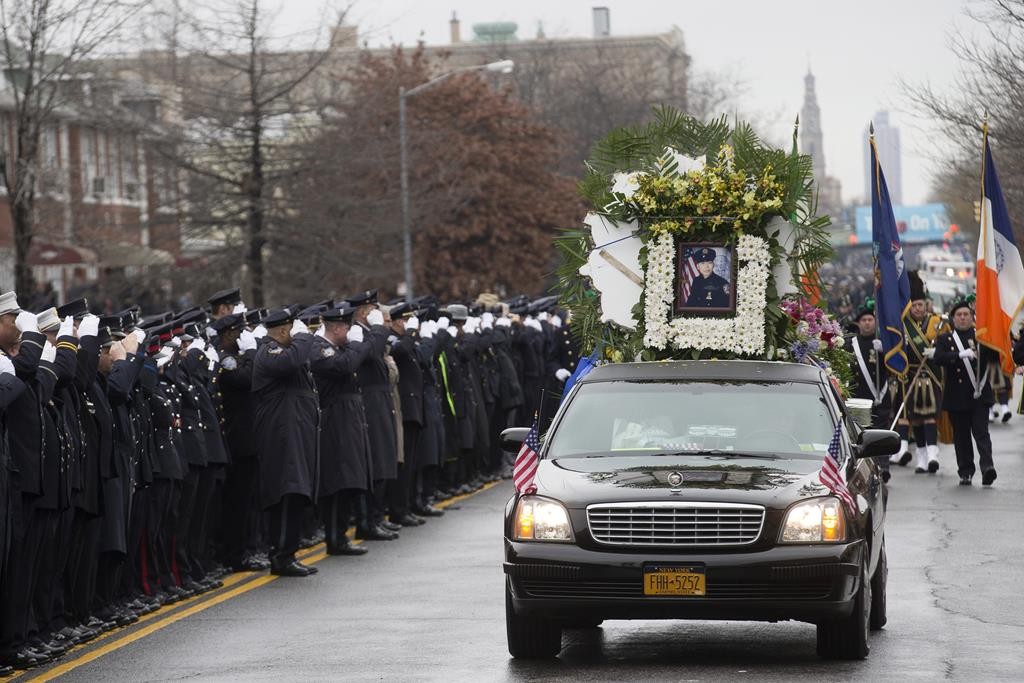 Police Officer — posthumously Detective — Wenjian Liu was not Jewish, as were most of the thousands of police officers who took up five avenue blocks along 65th Street in Boro Park on Sunday.

But many in the Orthodox Jewish community came out on wet streets to show hakaras hatov for Liu, who was gunned down execution-style by a self-declared cop-hater along with his partner, Rafael Ramos, as the two were sitting in their patrol car in Bedford-Stuyvesant on Dec. 20.

The funeral and tribute at the Aievoli Funeral Home on 65th Street and 13th Avenue drew police officers, sheriffs, state troopers, and even some college security teams from small and large departments from across the country, including from Massachusetts, Florida, California, as well as from the tri-state area.

Assemblyman Dov Hikind said that it was important for Jews to show up at the event.

“The police are the front-line of defense for our community,” he said. “They’ve come to our aid many times,” including the recent stabbing at Lubavitch headquarters in Crown Heights by a deranged man. “The least we can do is come to honor the officers who gave their lives in the line of duty.”

“We owe our lives to the NYPD,” Chezky Tabak said as he handed out coffee and cookies to the many officers lining up at the Misaskim station on 18th Avenue near 65th Street. “They do their utmost to protect us.”

“They’re our brothers,” said Yanky Daskal, a Shomrim liaison with the 66th Precinct.

Honoring someone who risks his life — or, as in this case, loses his life — is an important action for Jews to take, Rabbi Chaim Langer, a rebbi at Derech Yisroel in Boro Park, said as he watched the sea of blue along 65th Street. It doesn’t matter that Liu was not specifically stationed in a Jewish area, Langer said. “It’s our city. Besides, he easily could have been called here in an emergency.”

“All of this city is feeling the pain,” said Mayor de Blasio, among the officials who addressed the massive crowd. He recounted how Liu often went beyond his official duties — for example, staying and talking with a lonely Vietnam war veteran who had fallen and called police to help him up.

Police Commissioner Bill Bratton recalled that when Liu and Ramos were murdered, he thought to himself, “Why do we always lose the good ones?” But, “then I realized — it’s the law of averages. Almost all our cops are good — very few are not. It’s only a handful of incidents, for good or ill, that make the headlines. The literally millions of actions by the NYPD are never publicized.”