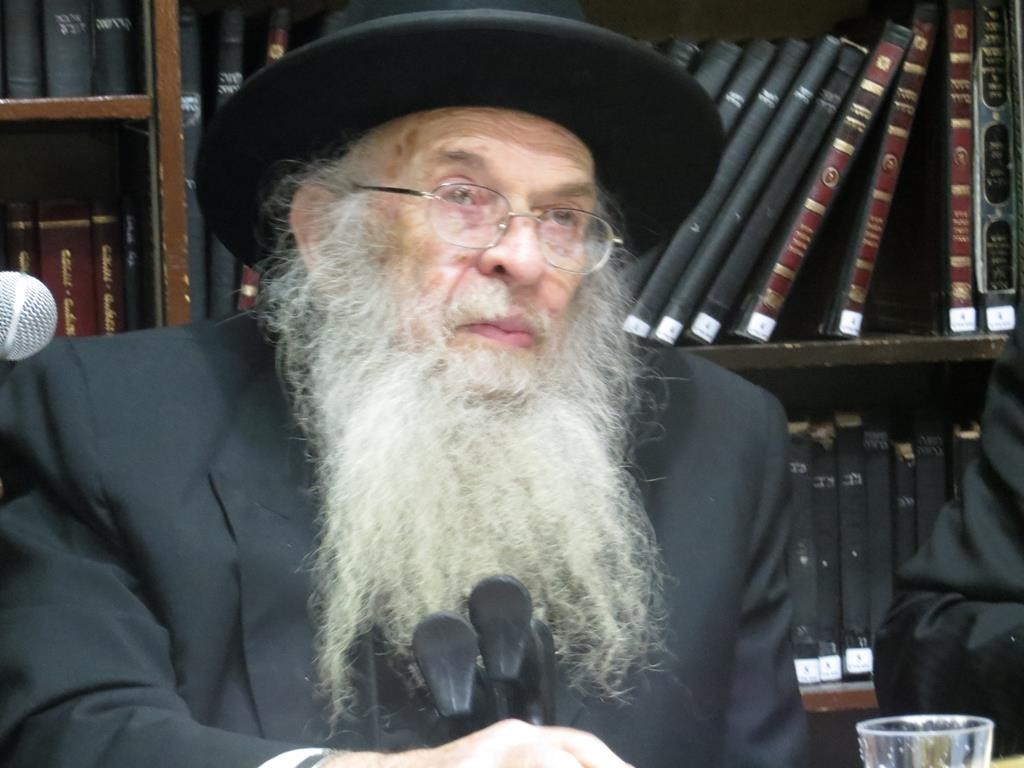 Hundreds of people crowded Yeshivah Zichron Melech on Thursday to daven for the recovery of its Rosh Yeshivah, Hagaon Harav Chaim Leib ben Shaina Ita Epstein, shlita, who has been hospitalized at Cornell Medical Center in Manhattan for several weeks.

“He was taken off the respirator,  but he’s still in critical condition,” a family member told Hamodia Thursday evening.

One of the leading Gedolim in the United States, Harav Epstein is one of the most prominent talmidim of Hagoan Harav Ahron Kotler, zt”l. He has served as Rosh Yeshivah for over 42 years, in which time he taught thousands of talmidim. In addition to his expertise as a maggid shiur, Harav Epstein is renowned for his impassioned mussar discourses.

Increasingly in recent years, Harav Epstein, as one of the remaining elder Roshei Yeshivah, has assumed the role as one of the primary sources of guidance to bnei Torah and to the yeshivah world in general.

Hagaon Harav Dovid Schustal, shlita, Rosh Yeshivas Beth Medrash Gevoha, addressed the atzeres, held at Yeshivas Zichron Melech in Brooklyn, stressing the power of tefillos on a taanis, saying that there is no place for despair.

The address was followed by the impassioned recital of Tehillim by a large crowd that assembled to be mispallel for the refuah of this esteemed Torah leader.