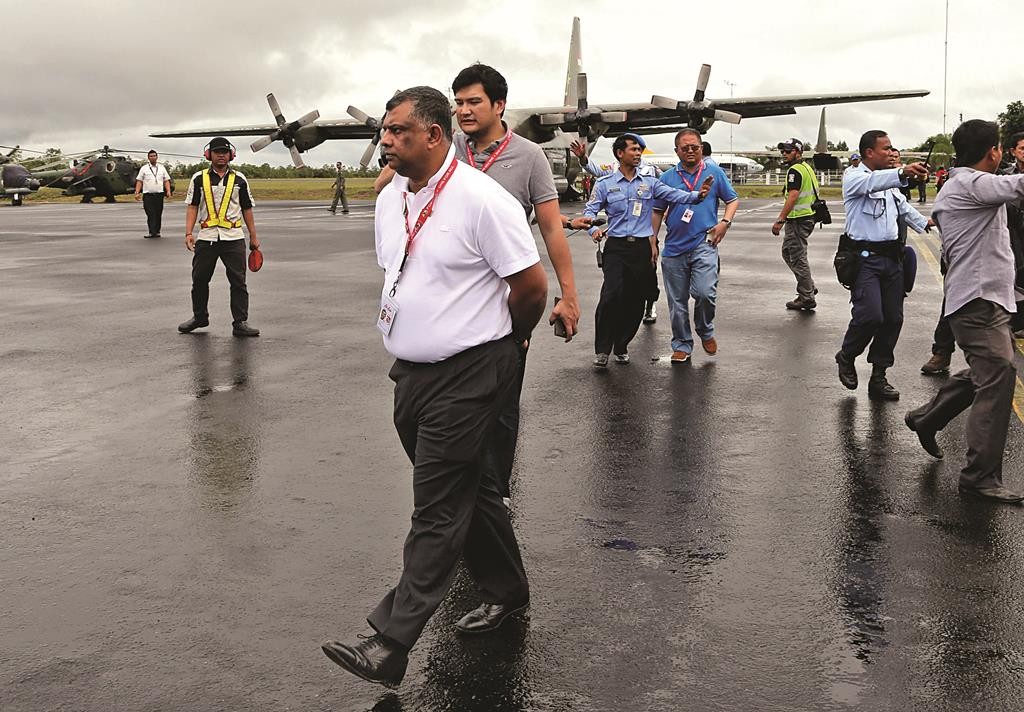 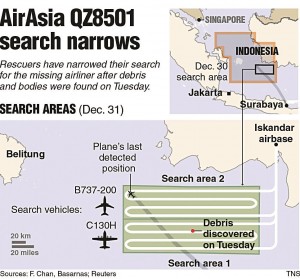 Families who lost loved ones aboard the jetliner endured another excruciating day of waiting Wednesday as bad weather hindered efforts to recover any more bodies and sent wreckage drifting far from the crash site.

The search for 162 people who vanished Sunday aboard the Airbus A320 was severely limited by heavy rain, wind and thick clouds over the Java Sea. Seven bodies, including a flight attendant in a red AirAsia uniform, have been recovered, said Indonesian Search and Rescue Agency chief Henry Bambang Soelistyo.

Sonar images identified what appeared to be large parts of the plane, but strong currents were moving the debris.

Choppy conditions prevented divers from entering the water, and helicopters were largely grounded. But 18 ships surveyed the narrowed search area, and four of the seven corpses were recovered Wednesday before the search was called off for the day.

“It seems all the wreckage found has drifted more than 50 kilometers (30 miles) from yesterday’s location,” said Vice Air Marshal Sunarbowo Sandi, search and rescue coordinator in Pangkalan Bun on Borneo island, the closest town to the targeted area. “We are expecting those bodies will end up on beaches.”

It is still unclear what brought the plane down about halfway through the two-hour flight from Surabaya to Singapore. The jet’s last communication indicated the pilots were worried about bad weather. They sought permission to climb above threatening clouds but were denied because of heavy air traffic. Four minutes later, the airliner disappeared from the radar without issuing a distress signal.

The cockpit-voice and flight-data recorders, or black boxes, must be recovered before officials can start determining what caused the crash. Items recovered so far include a life jacket, an emergency exit window, children’s shoes, a blue suitcase and backpacks filled with food.

Simple wooden coffins — numbered 001 and 002 — contained the first two bodies, which were sent from Pangkalan Bun to Surabaya. The other five bodies — three male and two female — will remain on a warship until the weather clears.