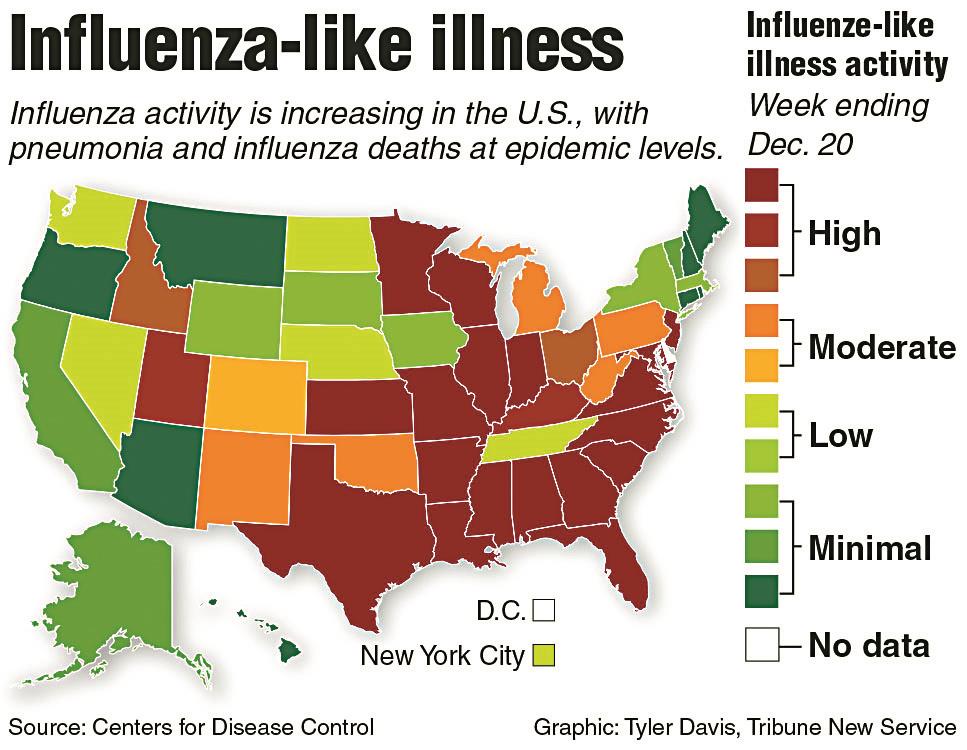 The flu has officially reached an epidemic threshold, according to the Centers for Disease Control and Prevention.

At least 15 children have died from flu-related deaths across the country, according to the CDC. The flu season is in full swing with the flu widespread in Georgia and much of the country. State data suggest flu season may have peaked earlier this year than last.

One reason for the bad flu season is this year’s vaccine is not considered as effective. The dominant flu strain this year — H3N2 — has mutated, and only about half of the cases match the vaccine, according to the Centers for Disease Control and Prevention.

Flu viruses are constantly changing and they mutate all the time — from one season to the next or they can even change within the course of the same season. This kind of gradual change is called “drifting.”

The CDC said flu shots may still offer some protection against drifted viruses, which could help lessen the severity of the symptoms and reduce the risk of complications, such as hospitalization and death. Flu shots also will still protect against flu strains that have not mutated, such as the influenza A (H1N1) virus and the B viruses contained in the vaccine.

In past years, H3N2 strains have tended to be more severe, sending more people to the hospital than other strains — and causing more deaths.