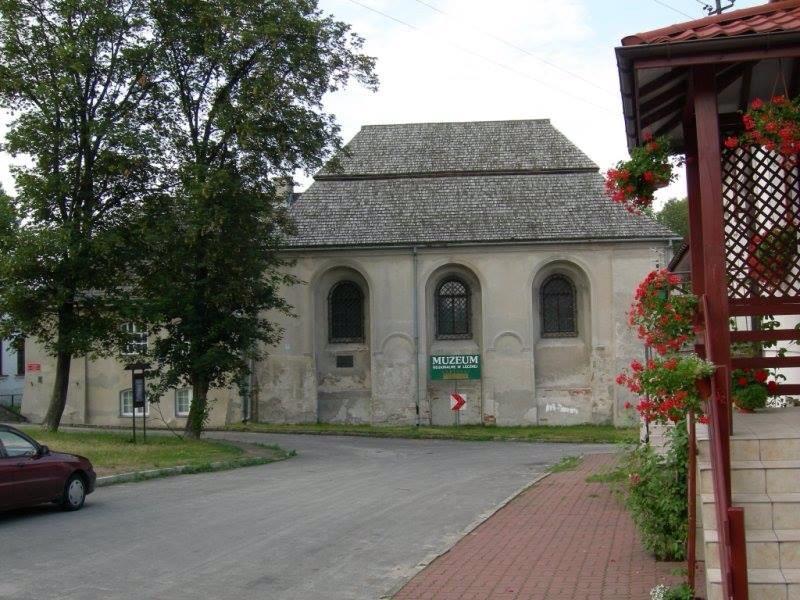 The Foundation for the Preservation of Jewish Heritage in Poland, known as FODZ, announced plans to open a refurbished museum in the Great Synagogue of Leczna.

“It’s a beautiful shul that has survived from the 1600s,” said Monika Krawczyk, CEO of FODZ. “Next to it is a mass grave with roughly 1200 Kedoshim from the Holocaust. It links the former glory of Poland as land in which the Jewish people flourished to its horrific destruction.”

The baroque building was heavily damaged during World War II, but was rebuilt in the early 1960s.

FODZ plans to focus the exhibit on Jewish ritual observance, rather than a broader Jewish history in the region. The Museum of the History of Polish Jews, a $55 million project opened this past November in Warsaw, amidst much international attention. Krawczyk said that her organization did not intend to “overlap” their work.

In addition to several pieces in FODZ’s possession, the organization hopes to add the many items of valuable Judaica belonging to the town’s former Jewish museum. They have made several offers to house the many items that are presently in storage and inaccessible to the public.

Leczna, a half-hour drive from Lublin, is part of the World Monuments Fund’s “Chassidic Route” and is visited by a large number of Jews touring the country. While the museum will cater toward foreign Jewish visitors, FODZ would like to use the site as an educational center for Polish schoolchildren as well.

“There is tremendous interest in rediscovering Polish history,” said Krawczyk. “The communists kept us from learning about our own past. Now that the younger generation is building a democratic society, there is a desire to know more. This is not limited to Jewish history, but you cannot learn the history of Poland and omit the Jews.”

A 1997 Polish law ruled that all property seized from Jewish communities during and after the Second World War was to be returned. In towns, such as Leczna, without Jewish populations, assets were turned over to FODZ.

The town was a major center of Jewish life for centuries. The Council of Four Lands met there several times in the seventeenth century. In the early 1800’s, it was the home of Harav Shlomo Yehudah Leib of Leczna, zt”l, a renowned tzaddik, who had a large following is buried there.

During the Holocaust, the town was transformed to a ghetto for its own population, as well as many other Jews who were sent there.

“We are still looking for most of the funding,” said Mrs. Krawczyk. “But, when the opportunity arouse to take up this project, we felt it was something that we have to do.”