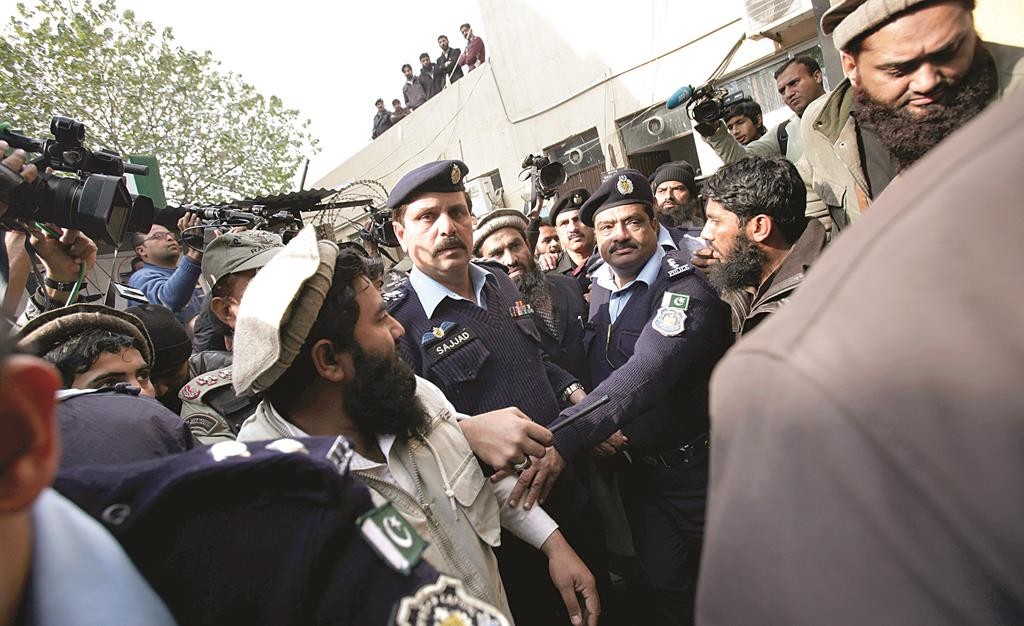 Pakistani police have rearrested the main suspect in the 2008 Mumbai terror attacks, officials said Tuesday, quashing expectations that he might soon be freed.

Zaki-ur-Rahman Lakhvi is one of seven suspects being tried by Pakistan in connection with the attacks, which killed 166 people including Rabbi Gavriel Holtzberg and his wife, Rivka, and several guests at their Chabad House, Hy”d.

After a judge granted bail to Lakhvi on Dec. 18, there had been concerns that he would be freed, possibly as early as Tuesday. But on Tuesday morning, police arrested him on another case, his lawyer Rizwan Abbasi said.

Lakhvi appeared in court in Islamabad under tight security.

Police inspector Mohammed Arshad told the court that someone had filed a complaint at a police station on the Islamabad outskirts saying that Lakhvi had abducted his brother-in-law to wage “jihad” six and a half years ago. The judge granted a police request for time to investigate the accusation, extending Lakhvi’s detention for two days.

A lawyer for Lakhvi questioned why the complaint had only become known when it appeared that Lakhvi would be let go on bail. Rizwan Abbasi called it a tactic to “….deprive my client of the fundamental right of liberty.”

The legal maneuverings Tuesday stem from the decision on Dec. 18 by the judge in an anti-terrorism court to grant him bail, citing a lack of evidence.

That announcement was extremely embarrassing to the government, which had vowed to crack down on terrorism following the Peshawar school attack days earlier.

It provoked a harsh condemnation from India, which has repeatedly said Pakistan is not doing enough in the case.

In the wake of the bail announcement, Pakistani legal authorities tried various mechanisms to keep Lakhvi behind bars, but in a hearing on Monday, a judge said that there were no grounds to prolong the detention and that the only thing standing between him and freedom was posting bail.

Lakhvi was rearrested the following morning.