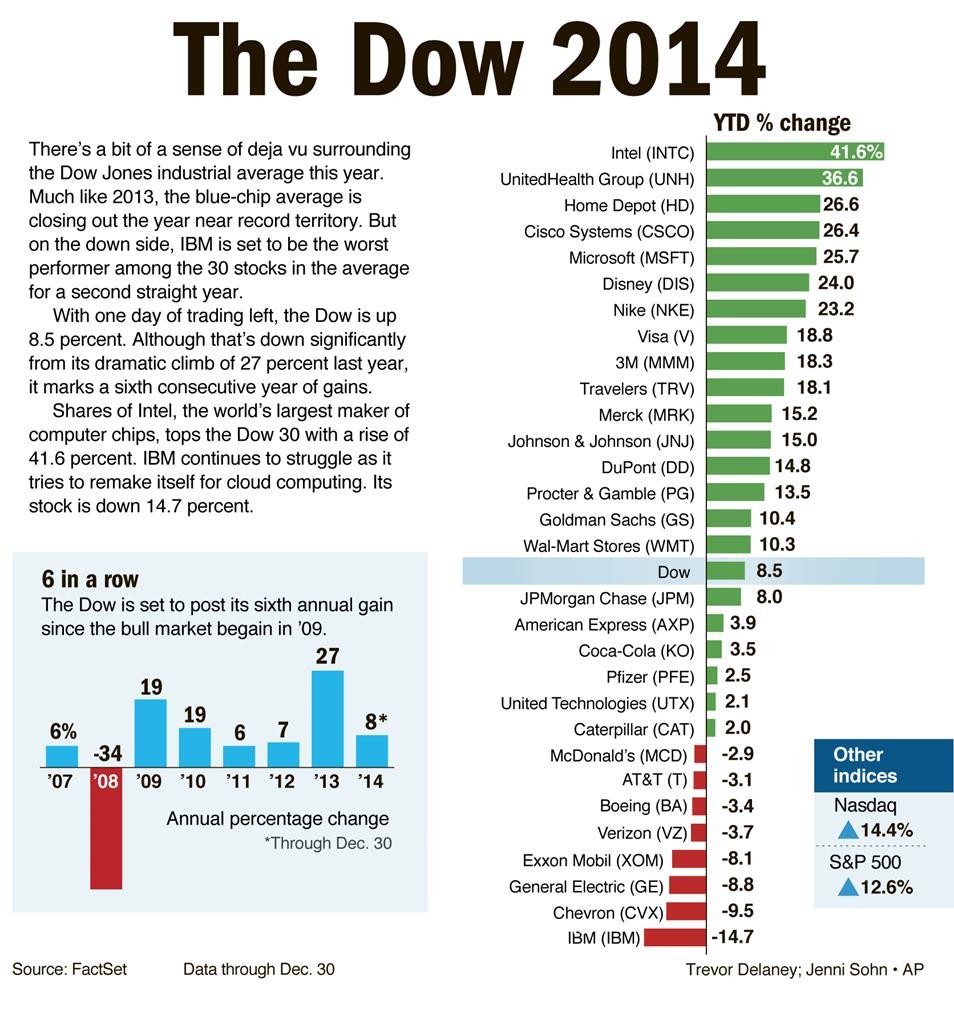 Trading was slow as most investors have closed their books for 2014. It was the eighth-slowest day of the year on the New York Stock Exchange.

As has been the case several times this year, investors turned their eyes to Europe.

Greek stocks stabilized after a volatile day Monday, when the country’s government was forced to call elections that could create more economic turmoil. Investors worry that the elections might be won by the left-wing opposition Syriza party, which opposes the austerity measures associated with Greece’s international financial rescue deal. The Athens stock market plunged as much as 11 percent on Monday before recovering some of those losses to close down 4 percent that day.

“An election puts all sorts of doubt on the future of the bailout agreement,” said Stan Shamu, a market strategist at IG Markets. “Potentially markets had already priced this in, but I would still remain cautious around Greece.”

At this point, most investors are done trading for the year. The market is also expected to be quiet Wednesday ahead of January 1st, although oftentimes the last trading day of the year does see a modest burst of activity as some investors shift their portfolios around for tax purposes.

With one more trading day in 2014, the S&P 500 is up 12.6 percent for the year, or 15.4 percent including dividends. That gain is almost double what stock market strategists expected at the beginning of the year.

“There were some negative surprises along the way, including the Ebola scare and increasing social tensions around the globe,” Gary Thayer, chief macro strategist at Wells Fargo Advisors, wrote in a note to investors. “However, U.S. markets were able to weather these problems as [the U.S. economy] improved.”

In other markets, the dollar fell against the euro and yen. The yield on the benchmark 10-year U.S. Treasury note fell to 2.19 percent from 2.20 percent Monday.