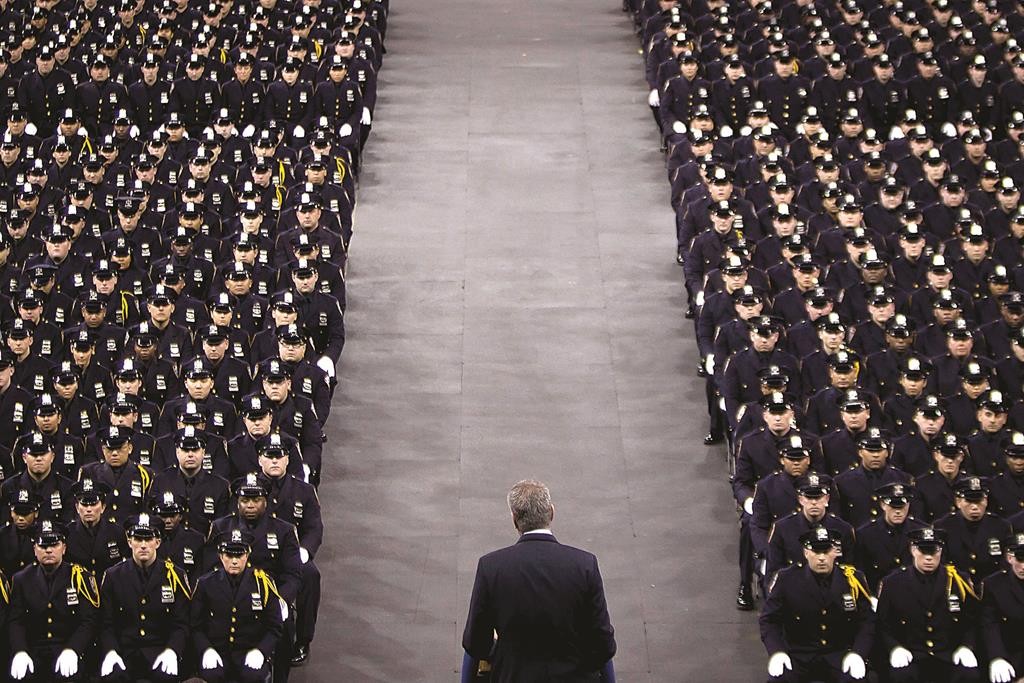 Mayor Bill de Blasio met privately for more than two hours Tuesday with the leaders of the New York Police Department’s unions, aiming to mend a rift with rank-and-file officers that has threatened to overwhelm his young mayoralty.

While administration officials characterized the meeting as the beginning of a process to heal wounds opened by protests about police conduct and the fatal shooting of two officers, union leaders struck a more cautious note, saying that “only time will tell” if relations would improve.

“Our main concern is the safety of our police officers of every rank on the streets in the city,” said Patrick Lynch, head of the Patrolmen’s Benevolent Association, which represents rank-and-file officers, after the meeting.

“There were a number of discussions, especially about the safety issues that our members face,” Lynch continued, reading a joint statement from all five unions. “There was no resolve. And our thought here today is that actions speak louder than words and time will tell.”

Lynch has been one of de Blasio’s fiercest critics, saying the mayor had “blood on his hands” after the brazen daylight ambush on two officers in their patrol car earlier this month. He has accused de Blasio of aligning himself with protesters who have created an anti-NYPD atmosphere that led to the shooting.

Relations between the unions — who are seeking a new contract — and the mayor have been poor from the time he took office a year ago. But the anger of many officers toward de Blasio in recent days has been striking.

Twice in the last week — including at a funeral for one of the slain cops — officers have turned their backs to the mayor. And de Blasio received boos and heckles from some in the crowd Monday at a NYPD graduation ceremony.

At the mayor’s behest, Police Commissioner William Bratton invited the union leaders and other top NYPD officials to join him and de Blasio for the meeting at the new police academy in Queens.

De Blasio did not take questions from reporters but his press secretary said in a statement that the meeting “focused on building a productive dialogue and identifying ways to move forward together.”