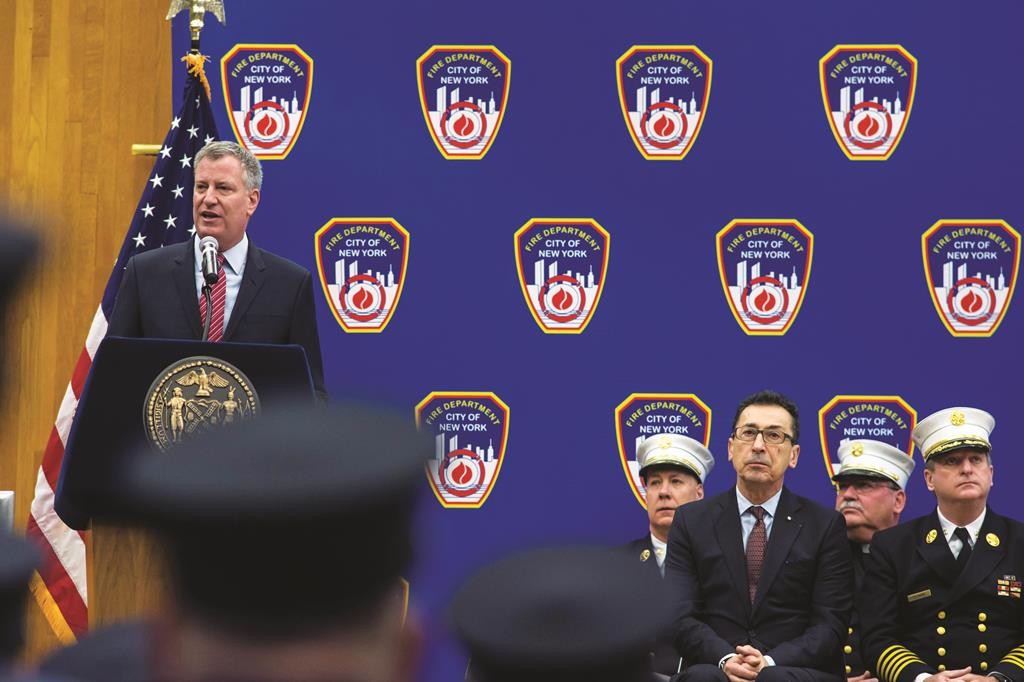 Mayor Bill de Blasio and Fire Commissioner Daniel Nigro on Monday presided over the swearing in of a new class of probationary firefighters. De Blasio said he wanted to thank “each and every one of these heroes” for their sacrifice and for their service.

There are three women among the new recruits. They’ll join 44 women already serving among the city’s roughly 10,500 uniformed firefighters. Seventeen percent of the new class identifies as black, 24 percent as Hispanic and 4 percent as Asian.

The new firefighters have gone through 18 weeks of training in fire suppression, medical responses, hazardous material handling and other subjects.