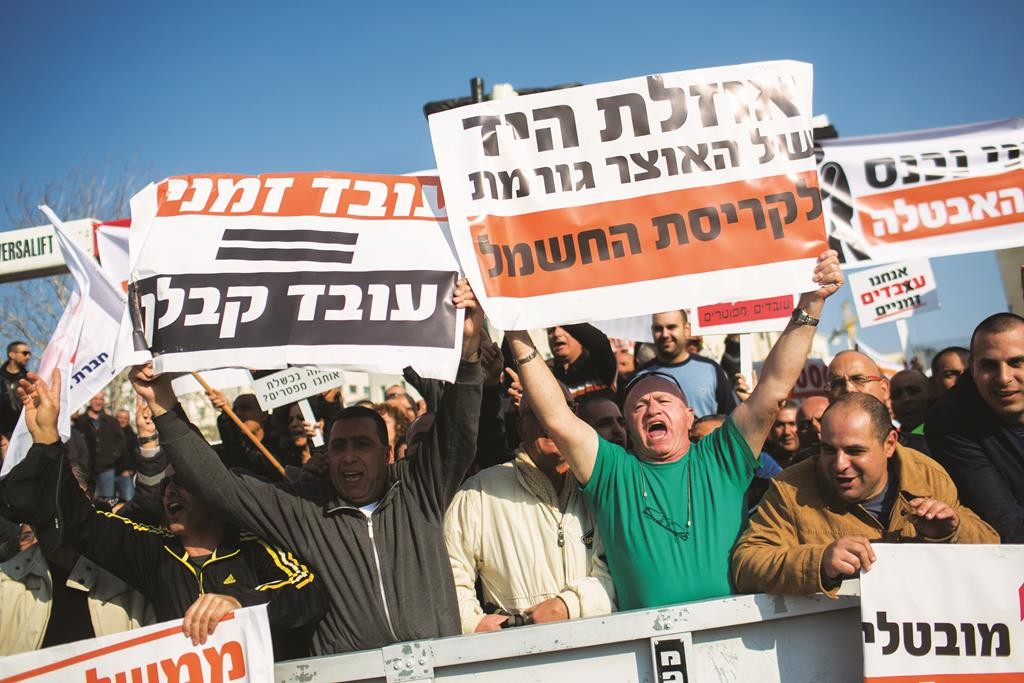 Warnings of a severe crisis in Israel’s power system grew more urgent on Monday after workers staged a mass protest and the Israel Electric Corporation (IEC) turned to the courts for a solution.

Following a demonstration of about 2,000 electricity workers outside the Cabinet meeting on Sunday, IEC CEO Eli Glickman ordered an appeal to the Labor Court to avert cutoffs to the nation’s electricity supply.

Over the past two days, workers refused to repair breakdowns at power stations, totaling 3,000 megawatts, and halted the production of electricity at coal units, totaling 3,500 megawatts. The plants account for about 50 percent of the industry’s production capacity.

Glickman said, “As an essential service provider, not a single IEC worker has the privilege of protesting at the expense of the Israeli public and the Israeli economy. The court must reach a verdict immediately, and return the management reins to the company CEO.”

Said IEC Chairman Yiftah Ron-Tal: “I instructed the company management to adopt a zero-tolerance policy towards the wild and irresponsible behavior of the workers’ committee. It is clear to all parties that the company needs comprehensive reform, but that the protest activities have gone out of control, and this is not the way to reach the requisite stability for the state’s electricity market. I again call upon the workers to immediately end the strike.”