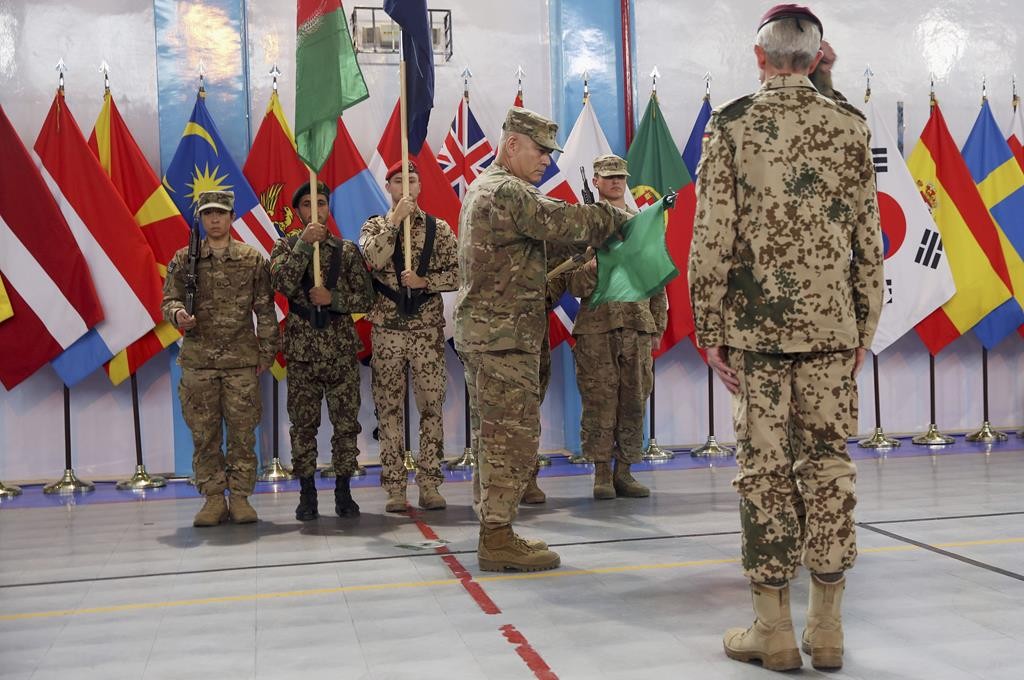 The war in Afghanistan, fought for 13 bloody years and still raging, came to a formal end Sunday with a quiet flag-lowering ceremony in Kabul that marked the transition of the fighting from U.S.-led combat troops to the country’s own security forces.

In front of a small, hand-picked audience at the headquarters of the NATO mission, the green-and-white flag of the International Security Assistance Force was ceremonially rolled up and sheathed, and the flag of the new international mission called Resolute Support was hoisted.

U.S. Gen. John Campbell, commander of ISAF, commemorated the 3,500 international soldiers killed on Afghan battlefields and praised the country’s army for giving him confidence that they are able to take on the fight alone.

“Resolute Support will serve as the bedrock of an enduring partnership” between NATO and Afghanistan, Campbell told an audience of Afghan and international military officers and officials, as well as diplomats and journalists.

“The road before us remains challenging, but we will triumph,” he added.

Beginning Jan. 1, the new mission will provide training and support for Afghanistan’s military, with the U.S. accounting for almost 11,000 of the 13,500 members of the residual force.

“Thanks to the extraordinary sacrifices of our men and women in uniform, our combat mission in Afghanistan is ending, and the longest war in American history is coming to a responsible conclusion,” U.S. President Barack Obama said in a statement issued in Hawaii, where he is on vacation with his family.

Afghan President Ashraf Ghani, who took office in September, signed bilateral security agreements with Washington and NATO allowing the ongoing military presence. The move has led to a spike in violence, with the Taliban claiming it as an excuse to step up operations aimed at destabilizing his government.