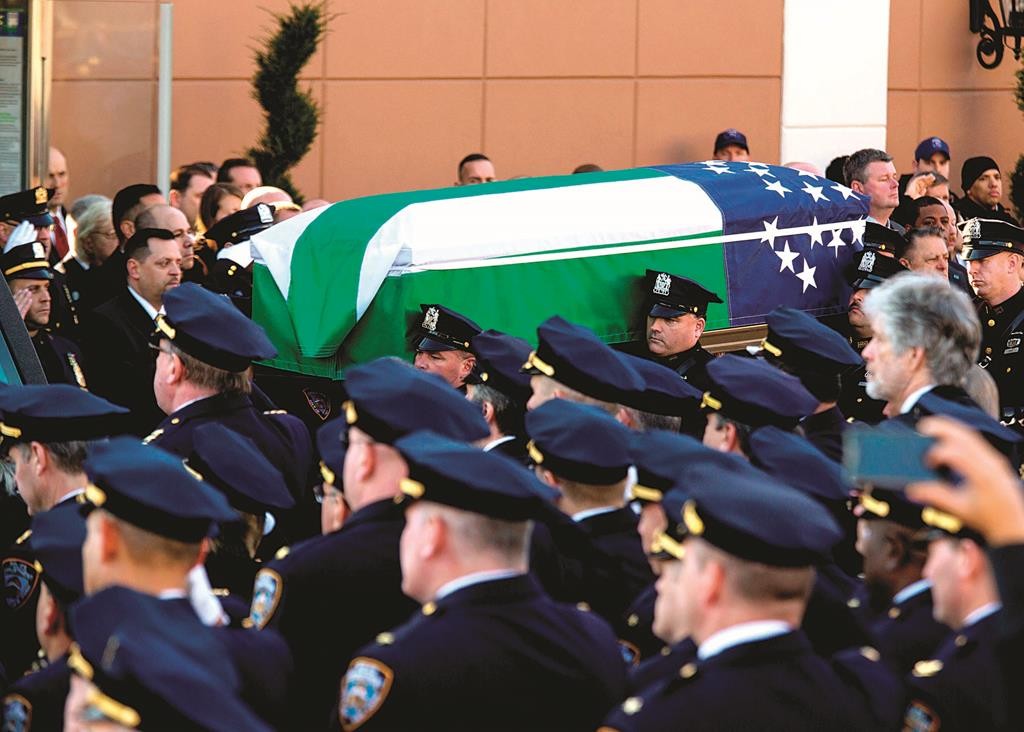 Hundreds of people have gathered on the Atlantic City boardwalk to show solidarity with local police departments.

City Mayor Don Guardian, Rep. Frank LoBiondo and local police chiefs were among those who attended Friday afternoon’s event, which also drew several police officers. Many in the crowd of about 200 called law enforcement one of the toughest and most dangerous occupations, and police are often unfairly criticized for simply doing their job.

In related news, a high school basketball tournament in California disinvited a school from participating on Monday because of concerns its players would wear T-shirts printed with the words “I Can’t Breathe.”

The boys’ division was reinstated after most players agreed not to wear the shirts, but too few girl players accepted the condition to field a squad.

Meanwhile, about 200 people protested the accidental November shooting of a black man by a police officer in a darkened Brooklyn public housing building’s stairwell. They chanted “Hands up! Don’t Shoot!” as they marched Saturday in memory of Akai Gurley.

The protesters carried on despite pleas from Mayor Bill de Blasio that such protests halt until after funerals for the two officers killed a week ago.