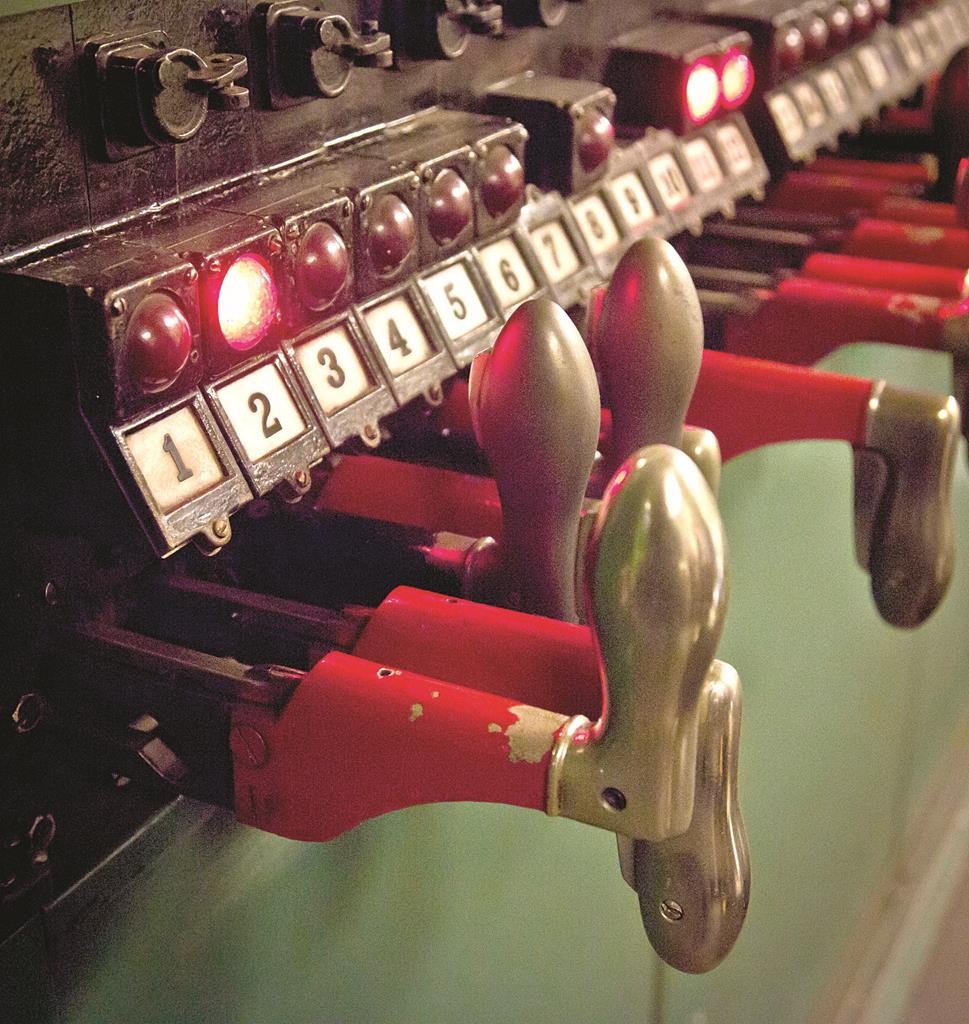 New York City’s subways — the nation’s biggest mass transit network — serve more than 6 million daily riders who depend largely on a signal system that dates back to the Great Depression.

Antiquated electro-mechanics with thousands of moving parts are still critical. Dispatchers still monitor trains from “towers,” and they still put pencil to paper to track their progress.

That system is slowly being replaced by 21st-century digital technology that allows up to twice as many trains to safely travel closer together. But there’s a big caveat: It could take at least 20 years for the city’s 700 miles of tracks to be fully computerized.

Of the subway system’s almost two dozen major lines, just one, the L linking Manhattan and Williamsburg, currently operates on new, computerized, automated signals. And the modernization of the No. 7 line from Manhattan to Queens has begun, to be completed by 2017.

“We’re at the physical limits of what the original technology can carry,” acknowledges Adam Lisberg, the MTA spokesman. He admits “this stuff is old, but it works really well.”

Wynton Habersham, the MTA’s chief of signals and track operations, recently led a reporter on a tour through some of the 22 control “towers” — as the spaces are called, though they’re buried beneath the streets.

In one cramped, worn-out tower, MTA workers monitor light boards that show train locations and movement. The dispatchers answer phone calls and listen to two-way radio reports while keeping an eye on each train’s progress. A massive cabinet is arrayed with levers to move switches that were cutting-edge technology at the same time as the Hindenburg.

Behind a door off a platform on Manhattan’s West Side is the system’s single gleaming, high-tech operation. It allows about two dozen L trains to move each hour in both directions — compared to about 15 with the old mechanics.