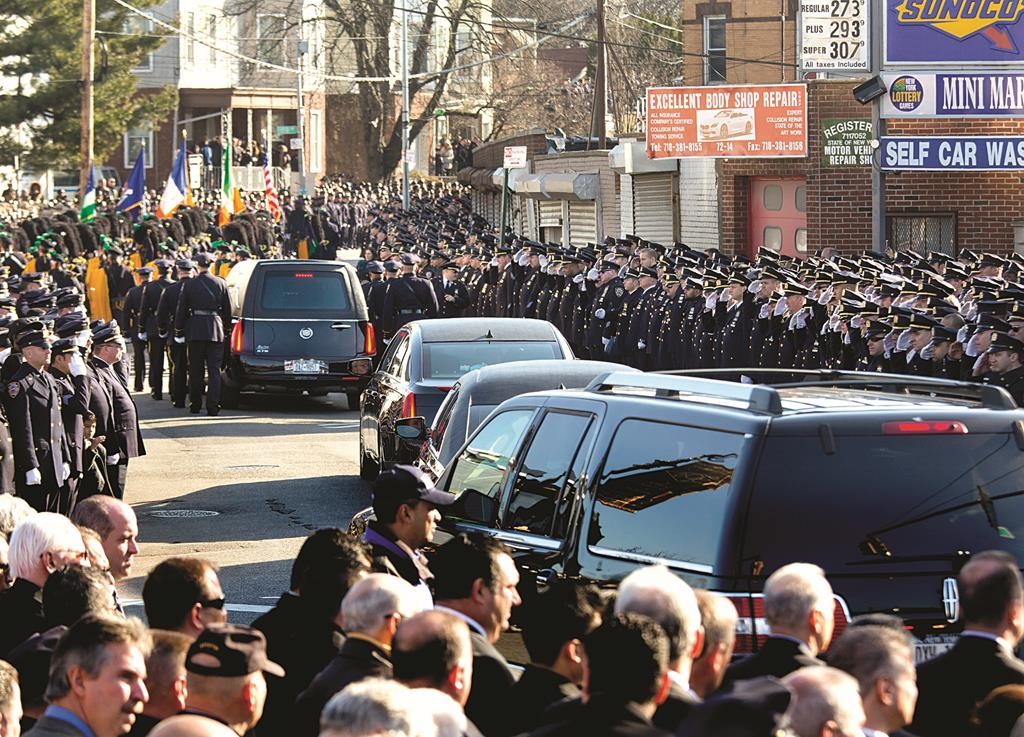 A day after the funeral of one of two police officers gunned down in their patrol car, the city’s police commissioner called for a “lot less rhetoric and a lot more dialogue” to defuse the tension between police officers and the population they protect.

Commissioner William Bratton told NBC on Sunday that the “pent-up frustrations” that have caused people to take to the streets in recent weeks go far beyond policing policies across the nation.

“This is about the continuing poverty rates, the continuing growing disparity between the wealthy and the poor. It’s still about unemployment issues. There are so many national issues that have to be addressed that it isn’t just policing, as I think we all well know,” he said.

Bratton said rank-and-file officers and much of America’s police leadership feels under attack, including “from the federal government at the highest levels.”

“See us. See the police,” he urged. “See why they have the anxieties and the perceptions they have.”

Bratton also defended Mayor Bill de Blasio on CBS, saying it was wrong for hundreds of police officers to turn their backs as de Blasio spoke at the funeral.

“I certainly don’t support that action,” he said. “That funeral was held to honor Officer Ramos. And to bring politics, to bring issues into that event, I think, was very inappropriate.”

He acknowledged, though, that the morale of officers is low and said their actions “unfortunately” reflected the feelings of some toward the mayor.

Bratton said de Blasio was “totally supportive” of officers and had contributed hundreds of millions of dollars outside the department’s budget this year, much of it focused on officer safety enhancements.

After Bratton, former Mayor Rudolph Giuliani told CBS that it was wrong for officers to turn their backs on de Blasio or to try to blame him for officers’ deaths.

But he also said de Blasio should apologize to the police department because he “created an impression with the police that he was on the side of the protesters.”

De Blasio stayed out of sight Sunday, staging no public events and continuing to let Bratton hold center stage in the week since the double murder.