Business Saudis to Dig Into Reserves for 2015 Budget
Business 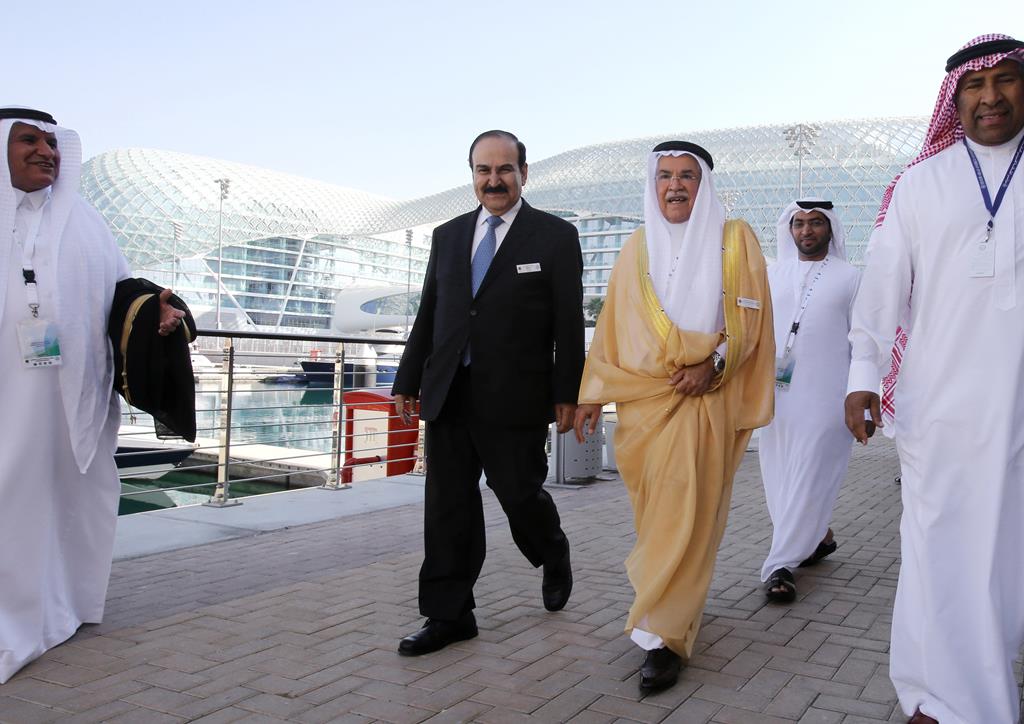 Saudi Arabia’s Cabinet on Thursday endorsed a 2015 budget that projects a slight increase in spending and a significant drop in revenues due to sliding oil prices, resulting in a nearly $39 billion deficit.

In a sign of mounting financial pressure, the Finance Ministry said the government would try to cut back on salaries, wages and allowances, which “contribute to about 50 percent of total budgeted expenditures.” That could stir resentment among the kingdom’s youth, who make up a majority of the population and are increasingly struggling to find affordable housing and salaries that cover their cost of living.

The price of oil — the backbone of Saudi Arabia’s economy — has fallen by about a half since the summer. Saudi Arabia is extremely wealthy, but there are deep wealth disparities and youth unemployment is expected to mushroom absent a dramatic rise in private sector job creation. Almost two-thirds of employed Saudis work for the government.

A the height of Arab Spring protests sweeping the region in 2011, King Abdullah pledged $120 billion to fund a number of projects, including job creation and hikes in public sector wages. The move was largely seen as an effort to appease the public and blunt any challenges to monarchical rule.

Associate Fellow and energy researcher at Chatham House, Valerie Marcel, said massive government spending across the Gulf on public sector salaries is “really the thing that keeps the lid on the bottle.” She said that for now the Arab monarchies of the Gulf can afford to run deficits due to surpluses accumulated over the years from high oil prices.

Saudi-based investment firm Jadwa Investment said the deficit will be financed comfortably using the Saudi Arabian Monetary Agency’s huge stock of net foreign assets, which totaled $736 billion at the end of November. The 2015 budget even includes a slight increase in overall spending, which will be up 0.6 percent from the previous year.

The IMF said in a report this week that the decline in oil prices highlights the need for energy-rich Arab Gulf countries to diversify their economies away from oil.

In neighboring United Arab Emirates, some members of the Federal National Council, which mainly performs an advisory role, lamented this week that the country’s $13 billion 2015 budget is a “a salary budget,” according to the Abu Dhabi-based newspaper The National. More than 80 percent of most federal agencies’ budgets were allocated to salaries, the newspaper reported.

The budget is expected to allay investor concerns that the drop in oil prices could lead to less government spending and reduced economic growth.

The Finance Ministry said the “budget was adopted under international economic and financial conditions that are challenging.” The 2015 budget reflects an expected cut in revenues of around $88 billion from 2014, mostly due to the slump in global oil prices.

The kingdom’s figures for the current fiscal year show a deficit — for the first time since 2009 — of $14.4 billion (54 billion riyals). Total expenditure had been projected at $228 billion, but ran 29 percent higher, at $293 billion, due to expansion work at two major mosques, among other projects, according to the Finance Ministry.

The published version of the 2015 budget did not include a projected oil price. Jadwa Investment estimates that Saudi Arabia is projecting a price of $56 per barrel for Saudi export crude, or around $60 per barrel for Brent crude, and production at 9.6 million barrels per day.