Regional History in the Making
Regional 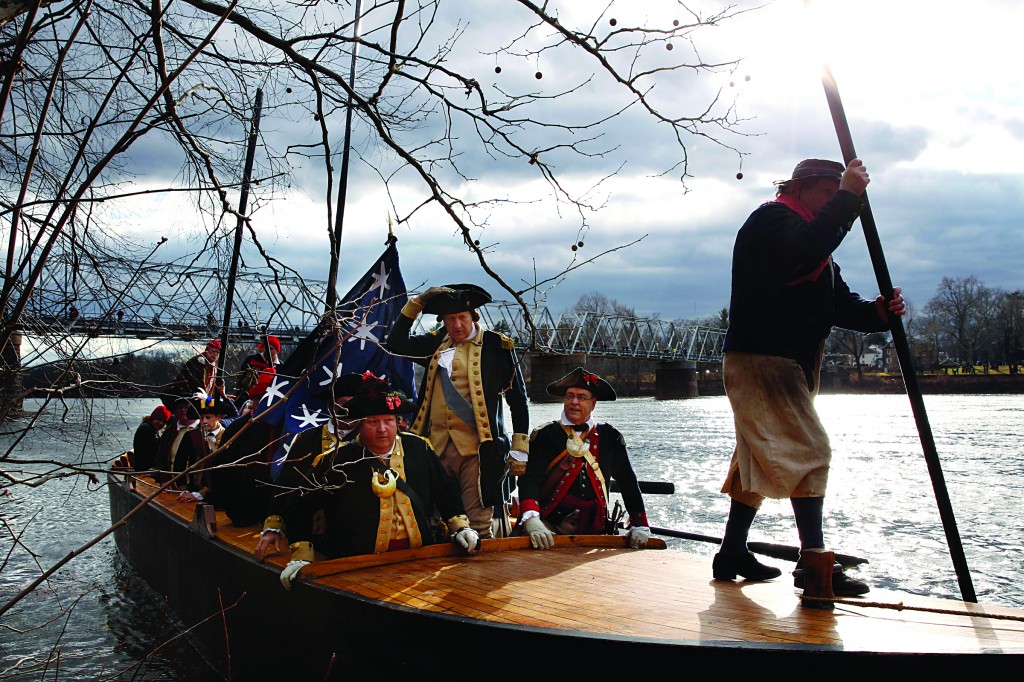 George Washington crossed the Delaware River on Dec. 25 — with considerably better weather than the first time.

Re-enactors crossed the Delaware in the 62nd re-enactment of Washington’s daring 1776 crossing of the river — the trek that turned the tide of the Revolutionary War — between Pennsylvania and New Jersey on Thursday afternoon.

As opposed to the snow and freezing temperatures that Washington and his troops faced in 1776, the re-enactors were greeted with sunny skies and 50-degree temperatures.

Hundreds of people lined both sides of the river to watch as re-enactors used four replica Durham boats like the ones Washington’s troops used. The actor playing Washington boarded the final boat, and a cannon blasted as he reached the other side.

During the original crossing, boats ferried 2,400 soldiers, 200 horses and 18 cannons across the river. Washington’s troops marched 8 miles downriver before battling Hessian mercenaries in the streets of Trenton.

Thirty Hessians were killed, and two Continental soldiers froze to death on the march, but none died in battle.