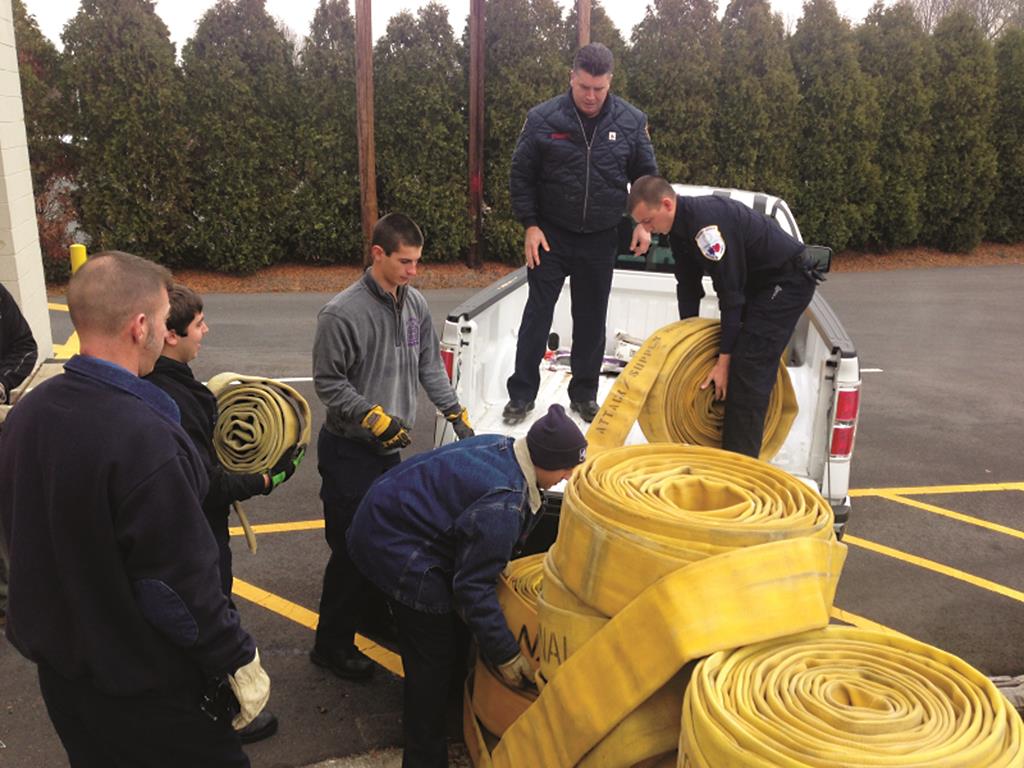 The hose donated by the Robbinsville Fire Department will be used by Six Flags Great Adventure to create swings, perches and balls for its safari animals, including African elephants, lions, tigers, baboons and birds.

The hose’s industrial-strength material is good for animals to chew, scratch, walk, swing, rest and play on. Some zoos have fashioned them into hammocks, balls and climbing ladders

Fire department officials say they were looking for “creative ways” to dispose of the hose, instead of just throwing it out in the trash. They initially planned to give the hose to a zoo, but that deal fell through. They then contacted Six Flags, which gladly accepted the offer.

“We’re happy that it was put to a good, second use,” Deputy Chief Dan Schaffener said.