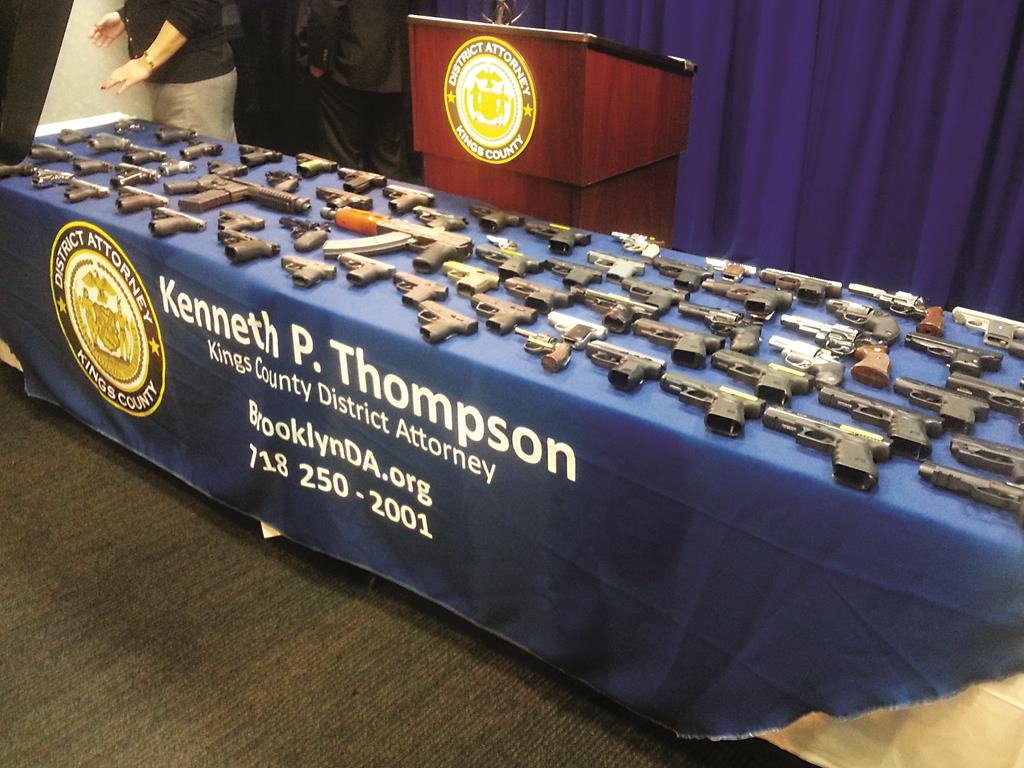 A brazen scheme in which guns — even an AK-47 rifle — were taken onto passenger jets for years in carry-on luggage was described by a Brooklyn prosecutor Tuesday as a terrorism threat that should cause the airline industry to end the practice of letting some workers enter airports without security screening.

“I hope this is a wakeup call for the nation,” Brooklyn District Attorney Kenneth Thompson said at a news conference. “This was an egregious breach of our nation’s air traffic security.”

Thompson said he was not trying to scare anyone, but it was “truly frightening” what investigators learned after a probe that started as a way to reduce gun violence in Brooklyn.

He said Mark Quentin Henry, 45, who was fired by Delta Air Lines in 2010 after three years for abusing its buddy pass system, took guns aboard at least 17 commercial airliners this year as they traveled from Atlanta to both New York City airports.

The prosecutor said Henry was given the guns, sometimes in airport restrooms, by Eugene Harvey, 31, an Atlanta baggage handler who worked for Delta before he was fired as a result of the investigation.

Three others were arrested on gun charges in the probe.

Thompson said the scheme “really poses a threat in terms of terrorism.”

“They can put guns on a plane, they could easily have put a bomb,” he added.

Thompson said 153 guns were seized during the seven-month gun trafficking probe, which led investigators to Henry and his frequent flights between Atlanta and New York. They believe he has been transporting guns on planes for at least five years, using companion passes available because his mother had worked for airlines for years before retiring.