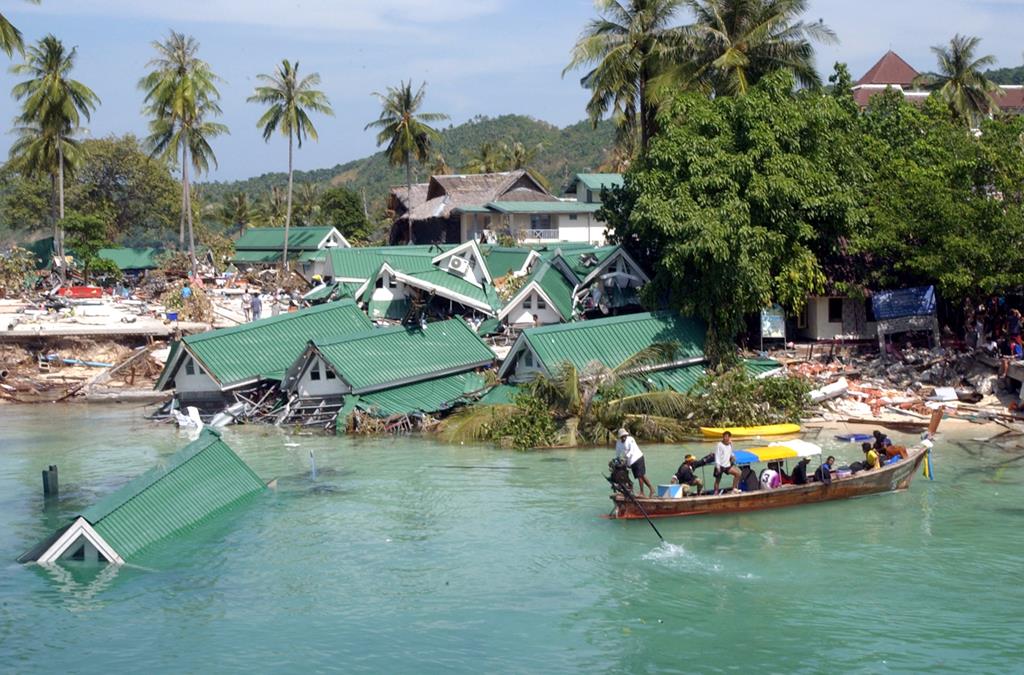 There was something about the schoolgirl’s face — her broad forehead, a familiar bump on the bridge of her nose.

Zainuddin went back home and pulled out an old photo of his niece. His heart racing, the 50-year-old called his sister. “I found your daughter,” he told her.

From that happenstance encounter six months ago, 14-year-old Raudhatul Jannah would be reunited with her family here in West Aceh, nearly a decade after she and her older brother were swept from their parents’ grasp by
the great tsunami and given up as lost to the sea.

Jannah’s is one of the happier stories of the children whose lives were upended the morning of Dec. 26, 2004, when a monster earthquake shook the Indian Ocean floor, triggering giant waves that surged 2 miles inland on Indonesia’s Sumatra island.

All told, more than 230,000 people in Indonesia, Thailand, Sri Lanka, India and several other countries perished that day, half of them younger than 18, according to some estimates.

In hardest-hit Aceh province in Indonesia, most of the thousands of children who were reunited with their parents found them in the first few chaotic weeks, when relief agencies poured in and helped desperate families find missing children with photos posted in refugee camps and other places.

Ten years later, hundreds of schools have been rebuilt, thousands of teachers hired and a post-tsunami baby boom promises to fill the new classrooms for years to come.

Even so, few can say that life has returned to normal for the tsunami children.

In Aceh, the government estimates that as many as 33,000 children lost one or both parents. Many of them are still struggling to adjust. For a decade, they have lived in homes without a mother, father or sibling, or in families created by remarriages. Some lost their families altogether and were forced to live for at least a time on the streets or find refuge with benevolent strangers.

For Jannah, the young girl reunited with her parents after nearly a decade, the last few months have been a whirlwind. After her uncle spotted her standing at a cellphone kiosk in June, Jannah had a tearful reunion with her parents within days. By August, she was back home in Meulaboh, at the very spot where she and her still-missing brother, Arif, had been swept away by the waves and presumed dead. Before summer’s end, Jannah’s family announced that Arif had also been found, as a result of the extensive publicity.

Jannah’s mother, father, uncles and other relatives in Meulaboh and elsewhere are eager to recount details of the story: how Jannah and Arif clung to a plank of wood after slipping from their parents’ grasp; how both children were rescued by a fisherman who ended up adopting just Jannah; how Arif was mostly homeless.

Jamaliah, Jannah’s mother, says the trauma of the last decade took a toll on 17-year-old Arif. He had gone no further than the third grade. Jannah is behind too. At 14, she has yet to finish fifth grade.