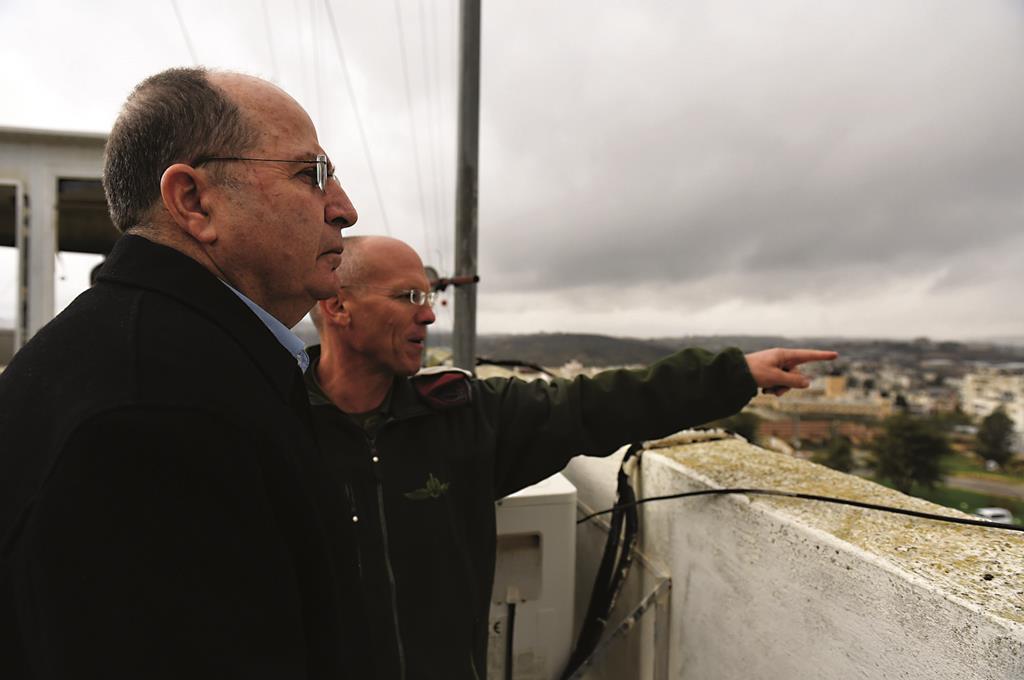 During a tour of the Syrian border on Tuesday, Defense Minister Moshe Yaalon said that “Islamic extremist elements will not reach the Golan — those who are there are moderates who have been benefiting from Israeli humanitarian assistance.”

“There is a quiet here that I hope will last, but nevertheless, communities here have to be prepared for the possibility that the situation will change, like in other places in the State of Israel.”

Regarding Islamic State, Yaalon said it has become a global phenomenon due to the dissemination of its jihadi idea via the internet.

“Here in Israel, the phenomenon is marginal. When we talk about a few dozen Arab Israelis who left to fight there — it’s marginal.” But, he added, the defense establishment is keeping a close watch on it.

Turning to the threat from Hamas in the south, he said that they have begun work to rebuild the network of defensive underground tunnels, but not cross-border offensive tunnels.

However, under no circumstances will Israelis have to get used to a “drizzle of rockets” anywhere, “not in the north and not in the south,” Yaalon vowed.

Israel retaliated after Friday’s Gazan rocket attack with an air strike on a cement factory in southern Gaza used by Hamas for tunnel building.

“What we saw was that Hamas acted immediately to arrest those who fired the rockets. In other words, Hamas does not want an escalation. I hope this situation remains. It means that Hamas is deterred in the Gaza Strip. I don’t think it has interest in an escalation.”