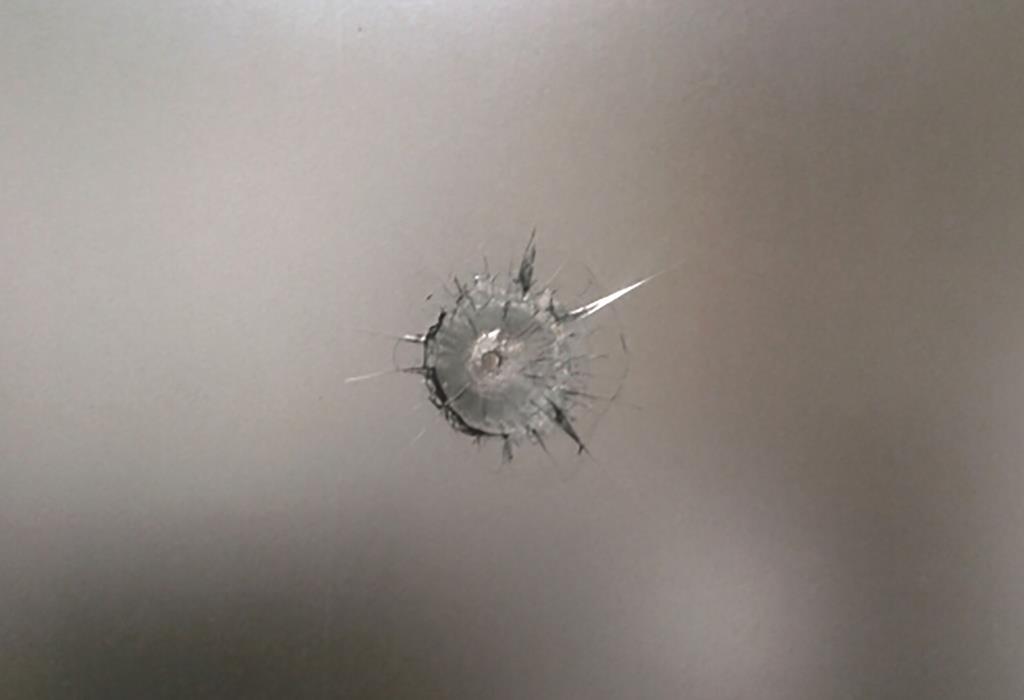 Projectiles were shot at a Paris synagogue on Monday evening, against the backdrop of an already tense situation after three previous attacks in different areas of the country. There were no injuries and the perpetrators remain at large.

The shots pierced the windows of the David Ben Ichay shul in the 19th arrondissement (district) of Paris, a neighborhood that is home to many Jews and Muslims. According to reports, there were 13 people in the building at the time, but the impact was only heard by the Rabbi, whose office window was the site of impact.

Roger Cukierman, president of the Central Body of Jewish Organizations in France, told Hamodia that two leading security organizations for the Jewish community had slightly different versions of the nature of the shots. One claims they came from a regular gun, while the  other says they were fired from an air-gun of sorts, which, although dangerous, is rarely lethal.

“The windows had two layers of glass,” said Cukierman. “The shots only pierced the outer one, so it seems unlikely that it was a regular bullet.”

The French-Jewish JSS news service reported that authorities were searching for two suspects seen outside the synagogue about 10 minutes before the incident.

The National Bureau for Vigilance against Anti-Semitism, a major organization involved in security issues of France’s Jewish community, recommended that those responsible for Jewish institutions increase security.

Despite the relatively minor nature of the crime, in the context of a strain of anti-Semitic violence during the Gaza war this past summer and a brutal attack on a Jewish family earlier in the month, Monday’s attack put French Jews on edge.

Moreover, the incident comes after three violent attacks over the last few days, seemingly inspired by Islamic extremism. In the first of these, three policemen were stabbed; in the following two, perpetrators drove vehicles into crowds of pedestrians in busy shopping areas.

“These incidents are clearly scattered,” said Cukierman, referring to the recent attacks. “The government is trying to stress that two of the people that did these things were mentally ill, but it is the atmosphere that brings people to commit these acts. People are becoming crazy. This is not only a Jewish story. It is about Islamacism, which is a fight against the whole world.”

Cukierman was grateful for the steadfast support of the French government in fighting anti-Jewish violence and sentiment, especially citing the prime minister and minister of the interior. He mentioned that efforts to classify combating anti-Semitism as a national cause have been successful, and starting January 1, the government is set to begin a major media campaign.

“The Jewish community is very worried, and many people are leaving France,” he said. “If a friendly government cannot prevent these acts, then what are our prospects in such a country?”