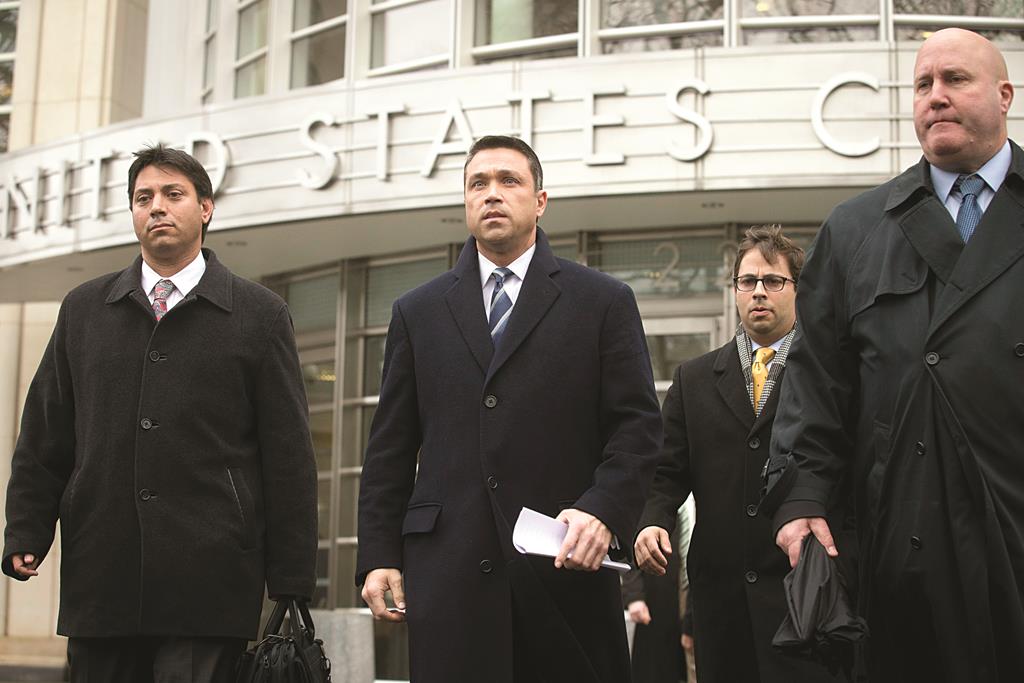 Staten Island Rep. Michael Grimm admitted Tuesday to federal tax evasion, pleading guilty to charges he had fought as he won re-election last fall but that now leave his congressional future in question.

Asked outside court if he planned to resign his seat, Grimm said no.

“I’m going to get back to work and work as hard as I can,” the Republican said, shortly after he entered a guilty plea to one count of aiding in the filing of a false tax return.

Grimm had been set to go to trial in February on charges of evading taxes by hiding more than $1 million in sales and wages while running a Manhattan health-food restaurant.

After his court appearance, Grimm apologized for his actions, saying what he did was wrong.

“I should not have done it and I am truly sorry for it,” he said.

During the hearing, Grimm, joined in court by two attorneys, acknowledged sending his accountant underreported receipts and using the leftover money to pay employees off the books and cover other expenses.

Sentencing was scheduled for June 8. Prosecutors said a range of 24 to 30 months in prison would be appropriate, while the defense estimated the appropriate sentence as between 12 and 18 months.

The Democratic Congressional Campaign Committee said in a statement earlier Tuesday that it was “past time for Michael Grimm to go,” calling his continued presence in Congress “a disservice to the people of Staten Island and Brooklyn and a stain on the institution.”

House Speaker John Boehner, a Republican, has forced other lawmakers to resign for lesser offenses. But a spokesman said the speaker does not plan to comment on Grimm’s situation until the two discuss it.

Grimm told reporters he had spoken to GOP leadership and would remain in office as long as he was able to serve. It would take a rare vote by his fellow lawmakers to expel him from the House. The last member to be expelled was James Traficant (D-Ohio), who was kicked out of Congress in 2002.

A former Marine and FBI agent, Grimm got to Congress by scoring an upset win over first-term Democratic Rep. Michael McMahon in 2010. Grimm won re-election in November, little more than six months after he was indicted.