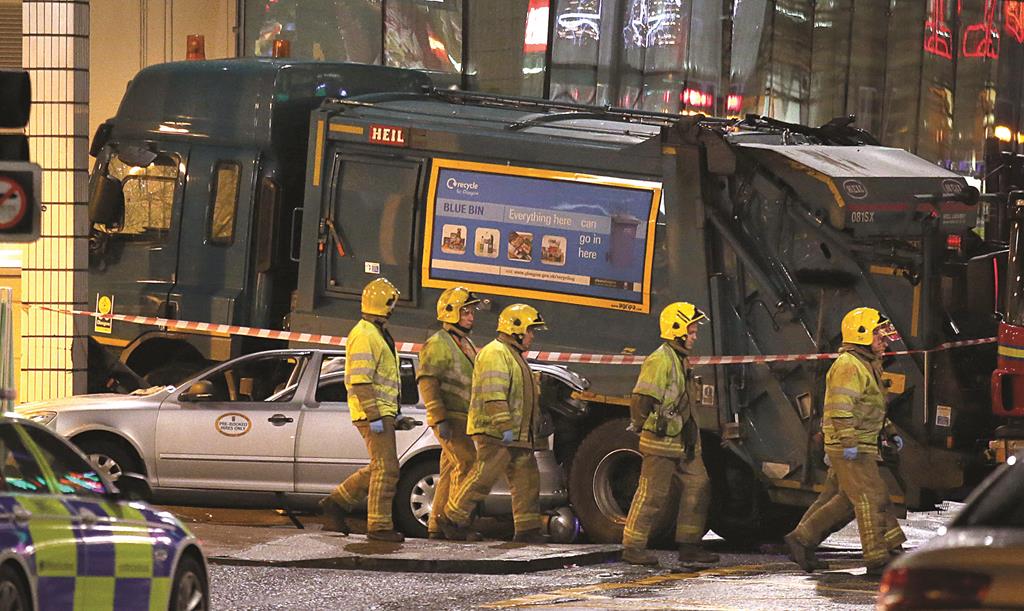 Six people were killed when a garbage truck ran out of control and careered down a pavement crowded with shoppers in Glasgow, Scotland, on Monday, people and police said.

One witness told Reuters the truck appeared to have gone out of control along a pavement in the city center shopping area, close to fairground attractions and an ice rink.

“My thoughts are with the families of those involved and the emergency services,” British Prime Minister David Cameron said.

The police spokesman, referring to the possibility that the incident was an attack, said: “It’s a terrible incident, but we don’t believe that there is anything at this juncture that is sinister about the accident.”