World France Steps Up Patrols After Spate of Attacks
World 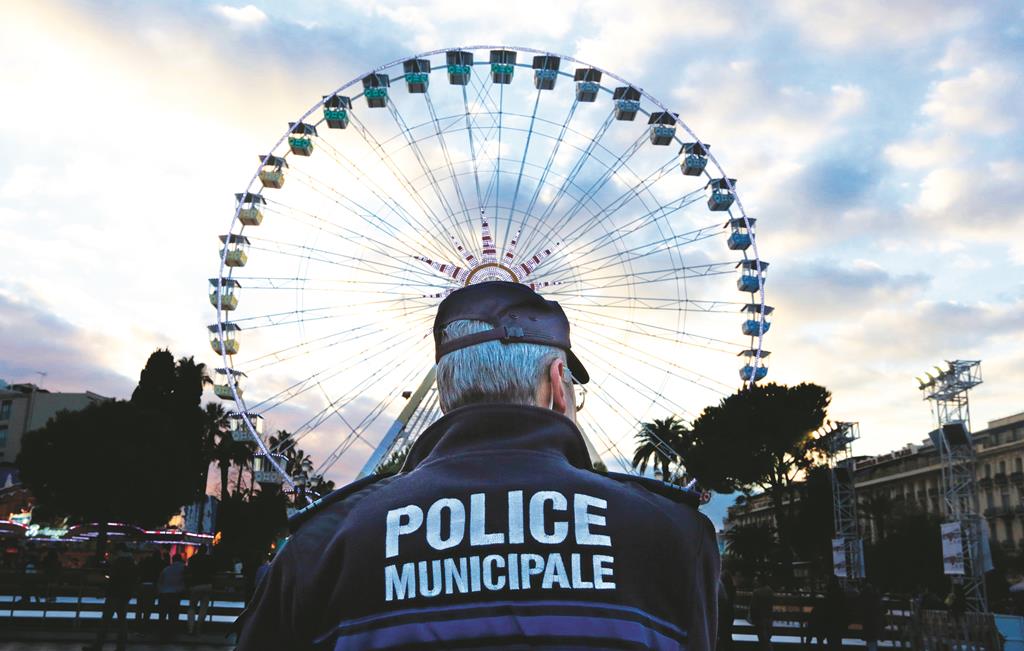 French security forces stepped up security in public places on Tuesday after three acts of violence in three days left one dead and 30 wounded, reigniting fears of attacks by Islamist terrorists. In addition, a shul was attacked on Tuesday (see separate article).

Late on Monday, a man rammed a van into a crowded market in the western city of Nantes, wounding 10 shoppers. One of the victims, a 25-year-old man, later died of his wounds. The assailant survived and is being questioned by police.

That came a day after a man shouting “All-ahu Akbar” injured 13 in a similar attack in the eastern city of Dijon. On Saturday, an attacker, also yelling “All-ahu Akbar,” was shot after stabbing three police officers in central France.

“What we are seeing with events in Dijon and Nantes is that they are creating copy-cat reactions,” Prime Minister Manuel Valls said after ordering the deployment of 200 to 300 extra soldiers for patrols in zones such as Paris’s Champs-Elysees Avenue and the main shopping districts.

Some 780 soldiers have already been deployed to security patrols.

France is already on high alert after calls earlier this year from terrorists to attack its citizens and interests in reprisal for French military strikes on Islamist strongholds in the Middle East and Africa.

Prosecutors have opened a terrorist investigation for the first attack, after searches unearthed what they called a written “religious testament” in which the suspect invoked religion to give him strength.

Authorities are not treating the other two incidents as terrorism and have said those attackers both had mental health problems.

Valls nonetheless said on Monday France had “never before faced such a high threat linked to terrorism”.

Interior Minister Bernard Cazeneuve said this week France had made 118 arrests in its efforts to crack down on French nationals who leave to fight alongside jihadists in Iraq and Syria and return home as potential threats to security.

The far right National Front has accused the Socialist government of trying to play down the Islamist threat and has stepped up its own calls for deportations of radical preachers and a tightening of border controls.

Police in the Riviera city of Cannes said a man armed with two pump-action shotguns and a knife had been arrested at dawn near a local market. They said his motivations remained unclear pending further interrogation.