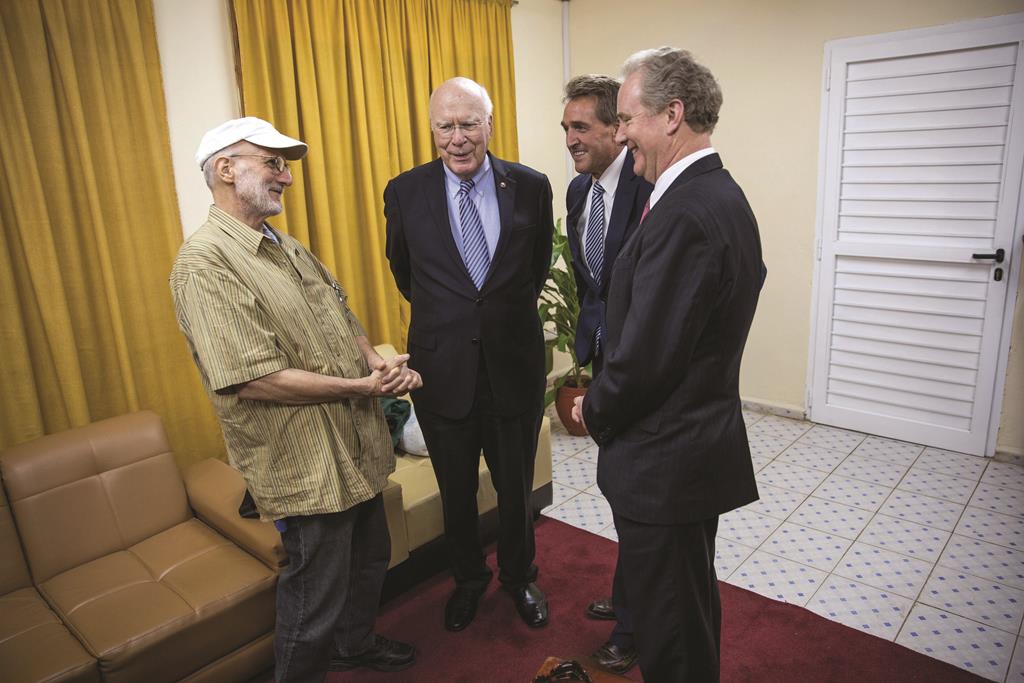 During a 2007 campaign debate when his White House prospects still seemed mostly like a pipe dream, Sen. Barack Obama of Illinois was asked if, as president, he would sit down to talk to with leaders of countries like North Korea, Venezuela, Iran and Cuba. “I would,” he bluntly replied.

On Tuesday night, seven years later, President Obama finally carried out at least part of the pledge of Candidate Obama, talking with Cuban leader Raul Castro for 45 minutes by phone to put the finishing touches on 18 months of secret negotiations that restored diplomatic relations between the two countries for the first time in over five decades.

The process was carried out under an extraordinarily effective shroud of secrecy. “I hadn’t heard even the tiniest buzz that anything was up,” one senior State Department official who follows Latin American affairs confessed Wednesday after the president’s announcement.

Interviews and statements throughout the day by officials in Washington, Havana and countries that lent aid to the process offer at least a glimpse of the road that led to the historic agreement.

Cuba seemed to drop off President Obama’s radar during his first term in office, aside from his occasional public complaint about the arrest of USAID official Alan Gross, charged with crimes against the Cuban state for distributing satellite phones to the island’s Jewish community.

But White House officials said Obama ordered a top-to-bottom review of U.S. policy toward Cuba after winning re-election in 2012. By June of 2013, talks between the two countries were under way, led on the U.S. side by Ben Rhodes, the president’s deputy national security for strategic communications, and Ricardo Zuniga, National Security Council senior director for the Western Hemisphere.

At least seven meetings took place in Canada. “I don’t want to exaggerate Canada’s role,” Prime Minister Stephen Harper told the Canadian Broadcasting Corp. “We facilitated places where the two countries could have a dialogue and explore ways on normalizing relations. We were not trying in any way to direct or mediate the talks. We just wanted to make sure they had the opportunity to have the kind of dialogue they needed to have.”

But the host of two other meetings played a more active role. The Argentine-born Pope Francis not only welcomed the negotiating teams to the Vatican, he issued an extraordinary “personal appeal” for better relations in personal letters sent to Obama and Castro after a meeting last spring.

Much remains unknown about the talks, including who negotiated for the Cubans and whether they were carried out with the blessing of Raul’s 88-year-old brother Fidel, who ran the country for 50 years until his retirement in 2008.

The irascible Fidel torpedoed several attempts at rapprochement between the United States and Cuba during his rule. The ill health that forced Fidel to step down has continued to take a toll, and the extent of his influence on the Cuban government and even the degree of his lucidity these days is unknown. Cuba watchers are waiting to see if he makes a statement about the agreement with the United States.

“If Fidel does not come out and endorse this fully, you’ve got to wonder what’s going on,” said Brian Latell, a senior research associate at the University of Miami’s Institute for Cuban and Cuban American Studies and formerly the CIA’s top Cuba expert. “Is this being done over his objections? Or is he completely comatose?”